One of a teenager’s primary functions in life is to help parents and carers discover limits of their patience, or more particularly what happens when those limits are reached.

Adults who once regarded themselves as calm, level headed, easy going people find cause to consider anger management classes or a sedative prescription from their local doctor.

It is a well established fact that conflict within households increases during the teenage years, particularly in the early teenage years. While each situation is different and every family has its own unique dynamics, there a few common processes of adolescence that contribute to an increase in conflict:

It can be very easy for even the most mild mannered adult to find themselves raising their voice to ever increasing levels when arguing a point with their teenager.

While the desire to yell can come easily, finding an appropriate use for a raised voice is a bit harder.  Yelling is great if you are trying to get someone’s attention from a distance, warning people of imminent danger, or trying to give instructions to large groups of people.

But it does not work as a means to manage conflict or discipline teenagers. Behavioural Therapsit James Lehman gives 3 really good reasons why yelling at teens doesn’t work:

Understanding Why We React

There can be a multitude of reasons why adults might respond with overly loud or aggressive language.  Psychologist Carl Pickhard offers the 5 “S’s” of why people may over react in certain situations.  It is often over reaction in the heat of the  moment that can cause conflicts between adults and teens to escalate.

SURPRISE. Sometimes it is the shock of a teenagers response that causes an adult to yell.  If your previously compliant child suddenly responds with blatant defiance a parent can over react purely out of shock or surprise. An assumption has been violated.

SUPPRESSION. On some occasions an over reaction can be due to an emotional build-up from a accumulated stress.  Sometimes teenagers choose to push the limits at the wrong moment.  After a trying day at work, or during a stressful period in your personal life, it does not take much for a teen to cause you to crack.

SIMILARITY.    A current response revives old memories that still cause pain. A teenager may inadvertently use a phrase or a name that you associate with very painful memories of the past.

SYMBOLISM.  A current response represents a general issue that remains unresolved. As an adult you may interpret an action or phrase as being connected to another larger ongoing issue, and you respond to the whole issue rather than the situation at hand. For example you may be feeling disrespected in general by your teen and you assume the current words or behaviour are a further example.

SUPPOSITION. Your teenagers behaviour or response provokes imagining in you of something worse that is actually isn’t going on.

Adults can choose to either diffuse a potential yelling match or contribute to its escalation.

Anger is an emotion that usually gives us warnings it is coming. We tense up, feel flushed, experienced increased heart rate, or breathing gets more shallow etc.  Having an awareness of what might be happening for you gives you choices about how you respond when you find a teenager pushing your buttons.

When you feel an angry outburst welling up some constructive choices available to you are:

It’s may not be easy, but it is definitely worth persisting in working hard at monitoring and being intentional about how you respond to conflict with your teen. All the best. 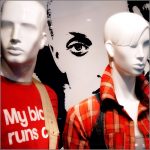 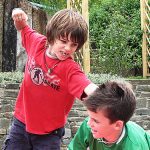