The research suggests it is more common than many people think.  But could you tell if a teenager in your life was being bullied?

Bullying involves a power imbalance and deliberate acts that cause physical, psychological and emotional harm. It can involve physically aggressive behaviour, verbal or relational forms of aggression like name-calling or social exclusion; and, with the emergence of technology, online social cruelty or cyber bullying.

A studied recently released in Australia has found that there are significant long impacts to bullying.

Conducted by the Australian Institute of Health and Welfare , the study followed 1000 students over a number of years. It found schoolyard victims of bullying are more likely to suffer from depression, higher absenteeism, lower academic achievement, physical and somatic symptoms, anxiety and depression, social dysfunction, and alcohol abuse in later life.

Schoolyard bullies are three to four times more likely to be involved in anti-social behaviour and physical violence by their early 20s.

The researchers also observed that bullying differs between males and females. Boys tend to be more physical than girls, while girls tend to operate on a more indirect psychological and emotional level, through social isolation or malicious gossip. Both genders engage in the most common form of bullying, verbal abuse. Over 80% of male and female bullying involves some form of verbal insult or intimidation.

Other findings of the study included:

45% of students experience some form of bullying.

95% of students who are victims of bullying are bullied more than once.

Over a third of those who are victims of bullying also engage in bullying behaviour themselves.

Another Australian study of over 38,000 school-aged children found that, on average, school bullying affects one in six young people.

Signs a Young Person is Being Bullied

It can be very hard to discern if a young person is being bullied. They often feel ashamed or try to protect others from having to deal with their problem.

Some possible warning signs are:

What Adults Can Do

If you suspect a teenager is being bullied then ask them about it.  Explain that you understand sometimes kids at school pick on other kids, then ask “Does this ever happen to you at school?”

Reinforce the idea that if they are being bullied, it is not their fault. Don’t make your child feel like a wimp.

Teach young people not to fight back; it will only make things worse. Rather help them devise helpful strategies that nullify the effects and opportunity of the bully.

Some helpful advice for a bullied teen:

Ignore: Encourage them to firmly and clearly tell the bully to stop, and then walk away. Also advise them to ignore text or email messages from the bully.

Avoid: Discuss if there are places that would be wise to avoid or to find a buddy to go with them whenever they have to go somewhere they might be bullied.

Remove: If they are being bullied for money or belongings (like MP3 players) suggest taking lunch or leaving iPod at home.

Behave: In some instances the behaviour of the victim may provoke the bullying by annoying or irritating the bullies, explore what is happening before they are bullied and suggest behaving differently.

Talk: Most importantly encourage the teen to tell an adult what has happened, and to express how they feel.  Stress that there is no shame in being a victim of bullying.

There are lots of useful resources to help both adults and teens deal with bullying. Here are just a few.

Please feel free to add any other resources you may have found useful. 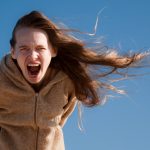 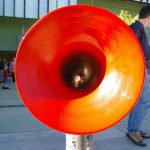