Most of us realise  that developing a sense of independence or autonomy is central to the process of adolescence.   The need to cast off the identity defining reliance on significant adult care givers and establish a clear sense of individual definition and self reliance is a challenge that drives a great deal of teenage behaviour.  A particular behavioural trait associated with the drive for independence is the constant desire to find and occupy a space. Not just any space, but a space that readily enables a sense of autonomy, self expression, and privacy.

If that all sounds a bit too theoretical next time you’re at the shopping mall or the beach have a look around and see how many groups of teenagers there are hanging out.  And it’s not just shopping malls and the beach, you will see them gathering at local cafes, skate parks, neighbourhood playgrounds, public swimming pools, local parks, or even the bottom of the cul de sac where they live.  Older teens will drive around endlessly in cars, or gather in car parks to stand around  parked cars. These spaces are communal gathering points where teens meet and explore who they are apart from the adults who defined them as children. It is in these spaces that teenagers practise and experiment with self expression in the relational laboratory of their peer group.  These are communal spaces, locations that serve as both places of belonging and  places of joint discovery.

There are other communal spaces which are less attractive but still important for the processes on view here.  Certain territory in the school playground, bus stops or railway stations, and even on trains and buses, teenagers will habitually gather in a space they identify with because it is associated with the group they belong to and their growing sense of self identity.

One of the distinctives of this current generation of teenagers has been the emergence of virtual or cyber spaces to hangout in.  Social media and online chat facilities have meant that the current generation of teenagers have had a dimension of space in which to socialise and express themselves that has not been available to former generations.  This generational change will be discussed in future posts as it is proving to be one of the defining challenges faced by adults and teenagers in terms of generational understanding and communication.

Not all space is communal. Developing a sense of self and identity also occurs in private.  For this reason teenagers will be very protective of their private spaces.  The most obvious of these is their bedroom.  The one room in the house that serves as the object for so many parent teen conflicts, does so precisely because it is such a valuable space for the teenager.  It is often their home within a home, the one place in the world where they can give expression to who they are through their physical environment.

Within this private space is usually even more private, or secret spaces, where teenagers explore their very personal and intimate thoughts and feelings. In these places are kept the diaries, journals, letters, photos, tokens, jewelery, or any artifact that carries personal meaning and significance.  Such spaces are sacred to the teenager, and as such should be considered so by others.

Some teenagers will even develop private spaces external to their home.  It might be a spot in a local reserve or a nearby park, or certain spot near a local river or beach.  For some this space might exist in terms of exercise such as on a bike, jogging through the streets, or on a surf board. This will be the space where they can go and feel free to explore their thoughts without the distractions or pressures of other people.

Most teenagers intuitively understand that the spaces mentioned here are valuable and important.  They long to explore, feel free, express who they are.  Yet they are only able to do this constructively when certain conditions are met.

Firstly space is good when you have a solid base to return to.  A safe and supportive family environment is an essential launch pad for successful space exploration by teenagers.  Knowing that where they have come from in the morning, and where they will return to at night, makes the time spent in what ever space they are in so much more enjoyable and beneficial.

Secondly these types of spaces are good when they are clearly defined and respected, particularly by the adults in a teenagers life.  Adults need to  be clear about the location, timing, and type of space that is okay. And adults also need to respect the boundaries that define these spaces- especially the private ones.  This is no simple matter and will be the subject of various other posts, suffice to suggest that such boundaries will often require frequent negotiation, clear communication, and significant levels trust. 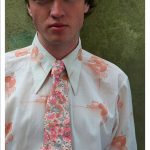