How should you respond if your teenager’s behvaiour means you are unable to trust them anymore? This is a problem faced by most parents of teenagers at some point during their child’s adolescence.

In the previous post, I discussed how important it is for parents to maintain their teenager’s trust. But trust is a two way street, and it can be just as problematic for a parent-teen relationship when a teenager loses their parent’s trust.

Ironically a common cause of parents acting in ways that could undermine their teenager’s trust is parents feeling they cannot trust their teen. When a parent suspects their teen is lying, or sneaking around, their response is to start sneaking and spying on their teenager. Mistrust breeds mistrust.

For this reason it is important as a parent to act decisively and positively when your teenager does something damaging to your levels of trust in them. Mistrust can be dealt with easily when done straight away for a particular incident.  Things get a whole lot harder if incidents aren’t dealt with and distrust becomes a systematic problem in the relationship.

If you expect your teenager to be a truth telling angel who will never try to slip something sneaky past you, then in most cases you are setting yourself up for disappointment. Your teenager will lie to you at some point, even the really responsible ones.  You lied to your parents, I lied to mine, and generations before have second-guessed their parents with varying degrees of subterfuge and dishonesty.

This doesn’t mean you should not trust your teenager, rather you should be sensible in your outlook and expectations.  Give responsibility to your teenager gradually. Follow up with them when you give them a task. Monitor the boundaries you establish. Most importantly, don’t over react when you discover your teenager has lied or not acted responsibly.

When you find out your teen has violated your trust, try to remain calm and objective. This is easy advice to give, but very hard to put into practice. When you feel like your teen has betrayed your trust it is only natural to feel angry, disappointed and concerned for your teen.

While it is completely okay to feel these things, it will not help your cause if you choose to let strong emotions shape your response. What is needed from you as a parent is a calm and rational response. By keeping your cool, you will be able to keep the focus of the conversation on the issue and their behavior. If your response resembles a confrontation or emotional outburst you will end up with an unproductive argument and power struggle.

Children and teenagers are more inclined to lie to their parents if they are fearful of an angry or hostile response. As a parent you want to encourage and affirm honesty and openness in the parent-teen relationship. Over reactions and angry outbursts tend to create distrust rather than foster trust. This doesn’t mean parents shouldn’t take such issues seriously. However, a serious response is different to an angry or hostile reaction.

It is easy for parental disappointment to be expressed as despair.  In the heat of the moment you might feel like your teenagers’ character is seriously flawed or beyond redemption. Comments such as “I won’t ever trust you again” might reflect how you feel at the time, but is not a message your teenager will benefit from hearing.

While a breach of trust is a significant issue, it is not the end of the world. Teenagers are still learning the place and value of trust in relationships. As with all learning endeavors there will be mistakes and slip ups on the way. Instead of seeing the incident as the expression of a deep personal fault, choose to view it as an opportunity for your teen to learn more about what it means to be trustworthy.

When confronted with their sneakiness or dishonesty teenagers will commonly respond with an explosion of indignation and moral outrage. Don’t allow it to distract your from the issue at hand.

Many teenagers will try to deflect your questions and discussions about their failure by making comments about your moral qualifications or lack there of. As a way of responding to their own moral shortcomings teens often try to immediately remove any high ground they perceive you to have by accusing you of all manner of terrible offences including being distrustful yourself, not respecting them, destroying their social life, and even damaging the relationship between the two of you – forever.

Don’t get distracted. Assuming you have your facts straight (always good to be sure of before confronting your teen in the first place) the only issue up for discussion at that moment in time is the behavior of your teenager. Try to ignore the tantrum and calmly request them to settle down and talk sensibly about the issue.

If the tantrum is getting out of control, let your teen know that you will come back and discuss the issue later when they have calmed down. Then walk away. Make sure to come back later and finish the conversation, otherwise you enable your teen’s behavior and teach them how to get out of accepting responsibility.

Often a teen will not make the connection between their own desire to bend the rules and their own trustworthiness. When your teen decided to ignore, disobey, or deceive you they were undoubtedly more focused on the activity they were engaged in than on maintaining their relationship with you.

Hearing their parent cannot trust them this can have a profound impact on a teenager. Often just hearing such a comment will be the most significant consequence of all.

Give your teenager the chance to demonstrate they understand the impact of what has happened.

Listening to their answer will help you determine how aware your teen is of the situation and its implications.

While each situation is unique, and ultimately dependent on your judgment, there are some key things to listen for. You want to know if your teen is sorry for the actions, if they regret the relational implications, and if they are keen to make amends and rebuild the trust they have lost.

Asking teenagers what they consider should be the consequence of their behavior is a good way of gauging their appreciation of the situation. If your teen comes up with a suitably adequate set of consequences, they are demonstrating their comprehension of how important trust is.

Good discipline is educative and restorative rather than punitive. There should be consequences for betraying trust, but they need to be connected and in proportion to the breach committed.

The temporary removal of a privilege is the most common, and effective consequence for violations of trust. If your teen violates their curfew by coming home late, then they miss out on going out at all for a period or have to come home earlier. If they are misusing their mobile phone then they lose the access to it or have their access restricted for a while.

If the offending behaviour resulted in loss or damage, some form of restitution would be appropriate. At the minor end of the spectrum, an apology might be all that is required. Offenses that are more serious might require paying to fix property damage, or giving up time to work at repairing something.

If the consequences you impose are disproportionate or too harsh your teen will focus only on being angry at you and dwell on the injustice of the situation, rather than learning important lessons about the value and importance of trust.

Provide A Way Back

Be sure not to lose sight of the big picture. Your goal as a parent is to help your teen become a responsible and trustworthy adult. Therefore, any conversation about trust needs to have a forward-looking component. Your teen needs know you still see them as someone who is capable of being trusted. Every time your teen loses a privilege or responsibility they need to know there is the possibility of restoration. This hope of restoration is even more important in the context of regaining your trust as their parent.

For this reason parents need to give teens a way of regaining their trust and the privileges such trust affords. The path back to regaining trust is a unique journey shaped by the nature of the relationship, the significance of the breach of trust and the judgment of the parents involved.

For minor incidents, it could be a genuine apology and a period of probation. For more serious issues, it will require a long-term staged approach requiring consistency of behaviour over time.  Whatever your decision, communicate clearly with your teen you desire to trust them and are giving them the chance to win back your trust.

If you have any ideas about what to deal when it becomes hard to trust your teen please share in the comments section below. 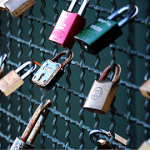 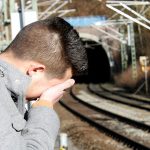 I Think My Teenager is Using DrugsDrugs, Parenting