I have written previously on this blog about the issues of teenagers getting enough sleep. So it will come as no surprise to those who are regular readers of this blog that the following research about Generation Z and sleep caught my attention recently.

Lisa Matricciani, a researcher from the University of South Australia, has examined the sleeping habits of 690,747 children in 20 countries, over the last century (between 1905 and 2008 to be exact.) She found children were losing 45 seconds of sleep a year. This loss of sleep appears to coincide with technological improvements over the decades.

“Children have lost about an hour of sleep over the last century,” Lisa stated in an interview with The Australian newspaper. “They’re sleeping about 20 minutes less per day than their parents were when they were the same age. We’ve got things that make children want to go to sleep later, like computers and television, and the means to keep them awake.”

Part of the reason is that bedtimes have been progressively getting later but kids are waking up at the same time. “Technology use, schoolwork and part-time employment have all been associated with delayed bedtimes and reduced sleep duration,” Lisa said.

This doesn’t come as any great shock to those who have been closely watching the way this generation of young people are growing up as the children of the digital revolution. This is just another study highlighting, among other things, the need for parents today to be aware of how digital technology is impacting their teenage kids.

Most parents are pretty good at setting general boundaries for the teenagers, however research has shown that less that half set boundaries with their teenagers in relation to their use of technology. A big part of the reason for this is that today’s parents didn’t grow up needing “technology” boundaries, other than not watching R rated videos.

The consequences for not helping young people manage their online and digital lifestyles go well beyond just losing sleep. Issues of being responsible digital citizens, protecting their identity and reputation, appropriate disclosure, sexting, pornography, cyber-bullying, and stalking are just some of the reasons that teenagers need mature guides in this area of their lives.

Setting boundaries and appropriate behaviour is very much something that belongs in the domain of the family, so it is up to parents and guardians to actually decide how they will help their teenagers and what limits they will set. With that in mind here are some areas to consider discussing with teenagers:

This is not intended to be a definitive list, but merely a prompt to get you thinking about what boundaries and guidance you have given your teenager.  There may be some things you need some guidance on yourself so I have included a few places to start if you are uncertain:

Cyber Smart –  A government portal with loads of resources

I am sure some of you have great ideas of your own or know of other helpful resources.  Please share with the rest of us in the comments below. 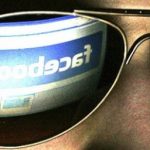 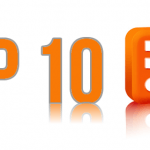