Teenage Sexting: What Can Parents Do?

What do you say if your teen comes to you distressed having received an unwanted image of someone else’s naked body? What do you do if you find explicit sexual images on your teenager’s phone?

Even more importantly, what do you say to your teen or tween when they get their first phone about the topic of sexting?  What are the words or warnings that are effective?

Sexting, sending naked or sexually provocative images, is part of the digital landscape that today’s teens are growing up in. Therefore, parents, teachers, and youth workers need to be not only aware of it, but also prepared to equip teens to handle the issue.

Putting the Issue in Perspective

Like many topics relating to the dangers of digital media, the issue of young people and sexting is the subject of a great deal of hysteria and hype.

An excellent resource with balanced information and research that paints a realistic picture is a paper by Nancy Willard “Sexing & Youth: Achieving a Rational Response.”  This is a must read for anyone concerned about the issue.

In the paper Wilard reviews some of the major studies into teenage sexting. She found all these studies shared the conclusions that:

A survey by Pew Internet and American Life Project found there are 3 common reasons teens text. These reasons are listed below. I thought it important to include some of the possible differing contexts for each reason so as not to present an overly simplistic picture.

Romantic partners sharing images with each other within a relationship. The context is usually either mutual willingness to share with one another or one partner coercing or pressuring the other.

A Partner from a romantic relationship sharing an image of their partner with people outside the relationship. This can be motivated by the desire to brag or show off, or alternatively by motives that are more vindictive when a relationship dissolves.

Sending a provocative picture to someone they hope to be in a relationship with. Such instances can arise from an individual’s desire to be flirtatious, being pressured or convinced to demonstrate the extent of their affection, or sometimes it can be as a result of non-vindictive group pressure or mutual dare.

What most studies of this type have found is teens engage in sexting with the intent of the exchanges being kept private. Reasons for images being disseminated more widely range from unintended mistakes through to vengeful payback or cyber-bullying.

Of course there are also other reasons sexual or naked images of teens end up being circulated such as group bullying and trickery (initiation rites), photos taken and distributed without a person’s knowledge or consent, unhealthy attention seeking behaviour, and solicitation by older teens of younger teens. These events are far less common than we are lead to believe by mainstream media.

The most effective thing parents can do is to talk to their teens, and to start doing so earlier rather than later.  As with many technology related topics the issues are not new, but their expression is.

Respect Yourself – Talking about sexting should be part of the wider instructions and guidance to teens about respecting their bodies and their sexuality. Teaching teens to value who they are as sexual person involves not letting others devalue or dishonor who they are.

To put it simply when you have “The Sex Talk” (which should never just be one conversation by the way) the topic of sexting needs to be included.

Don’t Give in to Pressure– Teens from all generations have experienced pressure in relationships to give away parts of their sexuality. The anxiety of loosing the relationship has motivated many a young person to give more of themselves sexually than they were comfortable to.

Giving in to pressure does not reduce the anxiety or insecurity and often produces problems that are more serious. The message teens need to hear constantly is:  “If the person cares for you they will respect your boundaries.”

The Risk of Distribution– Teaching teens, especially young teens about their digital footprint is vital. Part of growing up in a digital world is to understand how personal information can easily become public and then very hard to control. Sometimes this can be harmful and damaging

The accent needs to be on the sometimes. Social media expert Anne Collier cites work from Prof. Elizabeth Englander that warns against the dangers of over ‘hyping’ the dangers of unwanted dissemination. Englander’s research found that nearly 75% of teens who had sexted had no reason to think the images had been seen by anyone except for the intended recipient.

She goes on to warn that if adult warnings are disproportionate to the size of risk they will be disregarded and treated by teens as over reactions.

The take away from this for parents is be sure your teens understand the risk, but give don’t insult their intelligence or make yourself irrelevant by over hyping the dangers.

Be A Good Friend – The issue of respecting others is not a new message for parents to instill in their teens. Distributing or passing on private images of another person is essentially a betrayal of trust. Teenagers understand and are very sensitive to this concept. Being trustworthy but not loyal to friends are important aspects of an adolescent’s developing identity.

Even if they don’t like someone, there is no excuse for harming someone in this manner. Just as it is not okay to spread false rumours or physically assault someone, it is not okay to pass on sensitive images. The age-old advice in this regard is “Treat others as you would want them to treat you.”

Don’t Break The Law – This is an important message, but it has limited effect in mitigating behaviour. Teens need to be made aware of the law and possible legal implications in the country or state where they live. However just telling teens something is illegal has been proven time and time again to be limited in curbing attitudes or behaviour. Furthermore, the risk of criminal implications can act as a deterrent for teens coming forward when they do receive unwanted images.

Responding When Your Teen Comes to You

Of course the exact context of the disclosure will affect the conversation, but some basic principles to consider are:

Stay Calm –Obvious, but an important tip. Sometimes it can be easier said than done, but if your teen has come to you with the issue the last thing they need is to be confronted with an over reacting parent. When teenagers invite adults in to this type of space it is vital that we respect their willingness to include us and do our best to respond in ways that are helpful to them.

Talk It Through   – Now you are calm, try to get as much of the context as you can as to how the image came to be on your teenager’s device. Do your best just to listen without comment.  Ask questions that begin with who, what, where, and when. Sometimes the events surrounding the event are more important than the message itself.

Try also to ascertain if you are the first to know or if you are one of the last to know. If it is the later then there is a fair chance a young person has already suffered some serious reputation or other personal damage. Depending on what the context is you might want to talk to other adults who can have an impact on the situation.

Most importantly, talk to your teen about how they are feeling. Let them share their thoughts and reactions. Gently reinforce the messages you have hopefully already given them about being respectful of themselves and others.

Whatever you do, don’t rush to punishment or threats. The person in the image has already been punished. If your teen is bringing the issue to your attention they are making a constructive choice, this is not something that deserves punishment.

Just Delete It- The message is that simple. The best way for your teenager to respond to receiving a sexual image is to delete it straight away. This reduces the risk of intentional or unintentional distribution; it takes away any dilemma about how best to deal with it, and removes any unhelpful desire to dwell on the image.

Responding When You Discover Something

If for some reason the situation arises because you find the image rather than your teen disclosing it to you, I recommend following the same three steps above. Keeping communication lines open is more important than what is achieved by ranting and raving. Giving your teen the chance to explain is the only way you will be able to determine how best to respond.

If there has been a breach of trust and or a repeat offence then some form of discipline might be appropriate.

If your teen is the victim then it is important that you show concern, support and provide comfort. Don’t chastise, they are already feeling punished enough.

It might be appropriate for you take steps to protect your teen by contacting other adults or the school.  Involving legal authorities should be the absolute last resort.

Have you had to deal with this issues with your teen?  Do you have thoughts and strategies that are effective for assisting in these situations?  Please share your insights in the comments below. 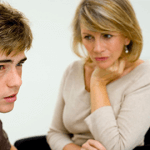 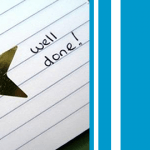