As parents, we all want our kids to grow up with a positive sense of who they are and what they can achieve. We hope our kids will grow up with the self-belief to chase their dreams, change the world, find happiness, and live their life to the full.

In order for young people to have the confidence and self-belief to realize their potential and overcome life’s challenges they need to grow up hearing positive, affirming messages from those around them; especially from their parents.  Teenagers need to know people believe in them, and they need to hear encouraging words about who they are and what they can do.

So what they need is plenty praise, right?

Well actually the answer is no. Despite popular parenting trends that suggest ubiquitous praise is the mandatory, praising teenagers usually does more to impede their chances of achieving in life than it does to enhance them.

Before you shake your head and click away from this page, read the paragraphs in the next section to let me justify myself. I am all for encouraging young people (and will discuss this more in the next post) but I don’t believe just praising kids achieves what we hope it does.

The Problem With Praise

To put it simply praise doesn’t help teenagers because it puffs them up and doesn’t build them build up. Praise produces a temporary sense of pride and feelings of happiness, but does little to equip or foster traits that produce genuine self-esteem and resilience; traits such as competence, perseverance, and persistence.

Parents use praise as a reward; it is something that a teenager earns. Praise creates the motivation to please others rather than to actually master a domain or tackle challenges. Praise confuses achievement with value, and consequently often results in young people being scared to try or constantly needing the validation of others in everything they do.

Teenagers do need to hear positive and encouraging words from their parents and other adults, but ill-considered praise does little to help teens develop a strong sense of self-worth and confidence.

Let me highlight some common forms of praise that undermine rather than enhance teenage development.

Many of us grew up with the phrase “If you have nothing nice to say then don’t say anything at all.” This idea is a good one but it has given rise to an unhelpful, and unintended flip-side.

Parents feel the need to provide feedback to their kids. Needing to say something, and knowing they can’t say anything negative, parents often resort to false or undeserved praise.

However, saying something “nice” that is not warranted, or too general to be meaningful, can be more damaging than something critical.

Teenagers have lived long enough to know that not everything they do is good or praiseworthy. Eventually, no matter how many “nice” things parents say, a young person will work out what they do well and what they aren’t so good at.

If your teen doesn’t believe your praise is merited, or thinks you are just being “nice”, they can interpret your praise as a form of sympathy. Being pitied does nothing to improve someone’s confidence or self-worth!

Teenagers also become suspicious of adults who are always praising them. If teens only hear praise from you, they start to think either you don’t really appreciate them for who they are, or you are trying to manipulate them. Either way your words of praise are not being taken as meaningful encouragement and weakening the relationship you have with them.

Praising Teens For Things Beyond Their Control

It is easy to appreciate when people have a “natural” ability.  Parents experience an added level of appreciation when they see natural ability emerge in their own children. Chests are thrust out that little bit further, and heads held a little higher, as the already proud parents become just that little bit prouder.

It is only natural that parents want to express this appreciation and pride to the offspring who is the source of their pleasure. Phrases like “You are so smart,” or “You are really beautiful” or “Gosh you are talented” can flow easily and often from a proud parent’s tongue.

However rather than boosting teenage self-esteem, praising teens for their natural attributes, the things they no control over, actually undermines their confidence in the long term.

When teens are praised for their natural attributes such as; intelligence, physical attractiveness, or athletic or artistic gifts, they start to equate these attributes with their self-worth.

Research has found when young people are praised for their talents they are inclined to avoid challenges, have less confidence, and have lower levels of persistence when confronted with difficulties.

Teens who equate their talent with their self-worth are more focused on protecting their “ego” and projecting the appearance of success than they are with actually solving a problem or achieving.

If a young person grows up believing their ability to achieve is something they either have or don’t have, they have nowhere to turn when they fail. They interpret failure as not being smart enough or talented enough. They never learn to equate success with effort or perseverance.

When young people are constantly praised for abilities they have no control over they will be less willing to try if there is the risk of failure because the consequences take on increased significance.

Praising in Comparison to Others

In our society it seems natural to praise those who win. Those who receive the most praise are usually those who demonstrate in some way their superiority to others.

Competition is a natural instinct. It is widely acknowledge that striving to be better than others has a motivational effect. Indeed educators, employers, and coaches readily utilize the motivating aspects of competition to try and get the most out of those they work with.

However, praise based on social comparison has some significant risks, particularly for young people.

Praising teens by comparing them to others teaches them that being better than someone else is more important than being competent at the task. Motivation comes from beating others rather than from carrying out the work. This results in a reluctance to try new challenges because they do not want to risk compromising their competitive standing by exposing themselves to possible failure.

Comparative praise also undermines a teen’s confidence if they cease to outperform others. When a young person’s motivation is derived from the praise they receive from winning, their desire to participate will evaporate once the praise dissipates. In essence, they become bad losers. They will go though life only trying when they think they can win or be the best.

So there are some examples of when praise can undermine rather than uplift teenagers. Maybe you have some thoughts on the issue of praising teens. Have you got some examples /experiences of some of the points discussed above? Are you aware of other types of praise that don’t always help? Please share your thoughts and ideas in the comments section below.

In the next post, I will provide some thoughts on how to encourage teenagers and help them develop their capacity and confidence. 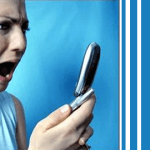 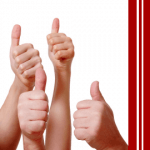