The high profile school yard crime of the new millennium is bullying.

Bullying seems like it is in the headlines on a weekly basis. It appears every teacher and student in our schools to be conscripted into courses instructing them on the dangers and signs of bullying.  Schools are producing anti-bullying discipline policies quicker than kids can get into a fight.

Yet bullying shows no signs of going away.

The study, conducted by the Josephson Institute, surveyed 43,321 teens ages 15 to 18 throughout both public and private high schools.

So despite all the attention that has been given to bullying and the numerous programs and awareness campaigns it appears that amongst teenagers aggressive and intimidating behaviour continues to be prevalent.

So what are adults to do?

Know What Bullying Is

The first things adults need to know in order to help reduce bullying is to know what it is.

The National Centre Against Bullying defines 5 different types of bullying:

3. Social (or covert) bullying, which is where lies or rumours are spread, or someone plays a nasty joke, mimics, or deliberately excludes someone else.

4. Psychological bullying, where someone is threatened, manipulated or stalked.

Research has shown that traditionally males and females bully in different ways. While both engage in verbal insults, boys will be more inclined to make be physically intimidating or violent while girls tended to engage in more psychological and emotional forms of bullying, like social isolation and smear campaigns. However recent findings from Australia show school yard physical violence amongst females has increased 70%.

Since we know that those who bully are usually bullied themselves being able to identify when a young person is a victim is an important means to stop the cycle. Being able to spot and intervene when a teen is being bullied reduces the chances that they will perpetuate the cycle of bullying.

Some symptoms of bullying include:

This obviously is not a complete list, but gives an idea of what to look out for.

For more ideas on what adults can do if they suspect teenagers to be involved in bullying see our previous post. Alternatively why not let us know your insights in the comments below. 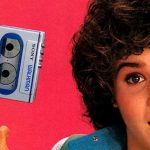 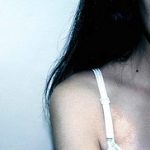