Walkmans & iPods – The Tale of 2 Generations

In recent breaking news Sony has ceased the manufacture and distribution of the cassette Walkman (For some of us the bigger news flash is that they have still been making them). The final batch are now on sale in Japan and after that you will no longer be able to purchase Walkmans from the manufacturer.

As Mashable noted in its coverage of this story the canceling of the Walkman comes just days before the 9th birthday of the iPod. The coinciding of these two events, encapsulating the technological circle of life, point to the dramatic differences between generational experiences.

The Walkman changed the way people listened to or thought about music. Developed in the late 70’s it was a defying technology for those who grew up in the 80’s. Pop music was individualised further than ever before.

But the individualistation afforded  by Walkmans was nothing compared to MP3 players, and iTunes.

Growing Up In Different Worlds

The Walkman and the iPod are but one of many startling comparisons. The once state of the art Space Invaders is now free online. The Nintendo Entertainment System (NES) with is 2kb of on board RAM now looks quaint along side the latest Xbox Kinect 360 with motion sensing technology. We won’t even go down the Beta video HD blue ray comparisons.

Teens who have grown up over the last decade have had a completely different experience of what is normal in the world of entertainment and communication. Consider some simple comparisons between this year, 2010, and the year 2000.

These are changes that have occurred in just 10 years. For those who are of my generation (Gen X) these changes have been fun, exciting, and life changing, for Generation Z, the kids born in the late 90’s and naughties these technological advancements are not changes – they are normal.

In a previous post I examined how this generation of teens engage with and use technology as the means of accessing the third places(s) in their lives. Yet technology not only provides a venue for engagement but also shapes expectations.

Technology like MP3s has allowed this generation to grow up with the facility of being able to customise their interests.   20 years ago we largely listened to compilations and playlists of music supplied by record and radio companies. While Walkmans meant we were able to listen to our own choice of music wherever we went, we were still listening to other mass marketed compilations.

These days players are loaded with songs and play lists designed by the listener,  to listen to where-ever, in an order that can be easily altered. Never mind that a teen can carry and have instant access to their entire music collection at the click of a button.

Life is customisable. Movies and TV shows can be downloaded and ripped so they can be watched anywhere anytime. Websites enable spaces that are  personally designed and an  expression of individual taste that can be shared with some of many. No longer confined to the mainstream, teens today can connect and create with ever smaller niches from all over the world.

I remember getting impatient when waiting until the next day to chat to my friends. These days connected teens get impatient if their friend doesn’t respond to their text within half an hour. Communication with others is constant and immediate.

Kids today don’t have to wait until after the holidays to catch up with what their friends did; they are now able to get daily, or even hourly, updates with full colour pictures or video.

Similarly the latest news on their pop idols, sporting teams, or favorite artist are always a click away. There is no more waiting for monthly magazines or weekly TV interviews, access to up to date information is instant and portable.

This phrase would have made no sense at all when I was growing up (still doesn’t you may say).  This is the best way I could describe the expectation of access to popular opinion on any manner of topics  that young people have grown up with.  The online community provides the facility to constantly source the wisdom of clouds – that is find out from the worldwide community of participants what is the most popular, trusted, or recommended choice or option for just about anything.

From the basic Google search, to social networks, product review sites, and online forums, it is normal and natural to expect to be able to garner a wide variety of opinion on anything and discern what is the most popular.  This expectation creates a greater sense of connectedness to the wider community. Young people grow up with an experience of democratized participation as normal in so many areas of life. Growing up in such an environment means today’s teens are in some ways more opinionated and savvy while in other ways far less discerning than previous generations.

The technology we grow up with shapes how we view the world. What are your thoughts on technologically driven generational differences? 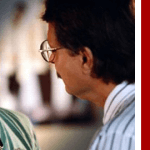 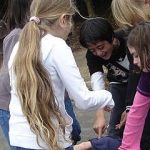