In Control or Controlling: How Do You Relate To Teens?

Everywhere I look on the internet there are articles and courses available to enable parents to control their teenager.  There is a lot less material around about being ‘in control’ as a parent.  If the distinction is lost on you then please read on.

I find it curious that courses and books about relationships, in this case between a parent and their teenage child, have ‘control’ as a selling point.  I never see marriage books about ‘how to control your spouse’ or books titled ‘how to control your friends and influence people.’ I don’t know anyone who aspires to be in a relationship in which they are controlled by another person.

Come to think of it I find it hard to imagine a scenario where parents say to their teenager ‘When you grow up you need to find someone who is going to control you?’  No one wants to be controlled, nor do we want those who are close to us to be in relationships that  involve control issues.

Why Do We Want To Control Teenagers?

So why is it that when it comes to parenting people think controlling the other person is an important goal of the relationship?

There are a few obvious reasons:

I get why there are books and courses about controlling your teenager.  However are the reasons for their existence and the proposed solutions really the most helpful way to think about issues of teenagers and parenting?

Seeking to have strong and healthy relationships with your teenager is perhaps a more helpful relational goal.  Teaching your teens to make wise choices and manage their emotions a better skill set for parents to aim at.

My point is that while parents are responsible for caring for and raising their teenage children, the language and mindset of controlling another person is prone to creating more problems than it solves.

Why Being In Control is Better Than Controlling

The reason many parents want to control their teenager is because they are trying to deal with their own sense of being out of control. Parents can experience significant amounts of stress because of their teenager.  An angry or rebellious teenager can cause a serious amount of pain and chaos for families.

In the midst of a whirlwind of teen generated havoc parents feel lost and confused. Always trying to work out he best way to react to situations as they arise, but never sure they are doing the right thing.  No matter what they do things seem to go from bad to worse.  Soon it can feel like they are completely at sea, using all their energy just to keep afloat in the storm of life they find themselves in.

It is to people who find themselves in this situation, or who are scared of getting into this situation, that promise of being in control of a teenager is very appealing.

However efforts to overtly control teenagers will usually compound the problem not fix it.

What most parents really want is to feel that they are in control of their ability to parent their teenager.  They want to be confident of their decisions and have a sense of certainty about how and when to engage with their teenage child. No wants to feel like they are sinking and out of control, using lots of energy flaying about but all the time getting closer and closer to sinking.  We all prefer to live life feeling we know what we are doing and confident about how to move forward.

Being ‘in control’ of our own actions and fears is far more important, and in the end effective, than trying to control others. Parenting from a position of fear, hurt, or anger rarely results in successful outcomes.  Learning to understand and manage our own feelings, motives, and behaviours is by far the most important parenting skill we can develop.

You find out your teen has engaged in some high risk behaviour that you have previously stated is not allowed. This will trigger for most parents feelings of anger (at the disobedience), disappointment (you expected more from your child) and fear (you instantly think of the what could harm could have happened).

When feeling angry and scared parents will often seek to punish.  The punishment is not about what is good for the teenager but what pacifies the feelings of anger and fear for the parent. Unfortunately anger and fear rarely motivate people to understand the situation better.  Instead of finding out why the teenager chose to do what they did,  the teen is often merely  punished punitively. Parents justify punishment  by saying “they need to learn it is wrong” or “this will stop them from doing it next time.”

Here is the problem: if you don’t take time to understand why your teen behaved in that way your punishment may have no effect at all – except to discourage or further alienate the teenager.  You are reacting to a symptom, not addressing the cause of problem.

The teenager concerned may already know it was wrong to do – that is probably why they did it.  They may have done it as a cry for help because they are in some type of pain, yet as a parent you have punished.  But because you are not in control of your own feelings and motives you act to care for yourself, not to help your teen.

The result of not being in control of ourselves is that we don’t act appropriately.  We act to look after ourselves rather than caring for the other person.

Being In Control and Punishment

I have lost count of the number of people I have listened to who have been punished and not listened to when they were in pain.  There is a place for punishment, and actions must have consequences.  However if punishment is not proportionate, appropriate, or explained it will be counter productive.  If we do not make an effort to understand why someone has behaved the way they have then punishing them is all about making ourselves feel better and has little to do with helping the other person.

If your teen is in pain or confused do they need condemnation or understanding? Indiscriminate retribution and unexplained harshness will breed the same.

What type of person merely punishes and doesn’t assist someone in pain? A person who is not in control.

In the next post I will examine why trying to control teens can be counter -productive and suggest another way of thinking about relating to teens. 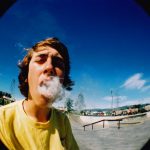 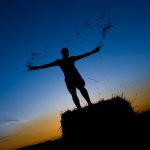 Controlling Teens: Does It Work?Communication, Parenting