How Can You Tell If Your Teenager Is Suicidal?

The death of the 16-year-old son of a prominent British baronet has again focused attention on the tragic cost of youth suicides.

The international press reported last week that Alexander Codrington, the eldest son of Sir Christopher Codrington, apparently shot himself while on the telephone to police after reportedly being upset about a break-up with his girlfriend.

In Britain, more than 15 people a day take their own lives (Sydney Morning Herald).

In Australia over 2100 Australians kill themselves each year (Australian Bureau of Statistics), which equates to nearly 1 suicide every 4 hours. The number of suicide attempts in Australia is approximately 65,000 annually.

So serious has the problem become in Australia that earlier this year the Australian government held a Senate inquiry into the problem of suicide.

After car accidents, suicide is the most common cause of death among Australian young people. It is estimated that 12% of adolescents think about suicide, 9% make a suicide plan, 4% make a suicide attempt and 1% make an attempt that requires treatment. More than 1 in 4 of all male deaths among 15 to 24 year olds were due to suicide in 2008 (ABS, 2010).

In a recent survey about what issues were most concerning to teenagers, suicide ranked second behind drug use.

There is no way to predict if a person might become suicidal. Suicide is not confined to certain personality types, levels of intelligence, or socio-economic class.

What we do know is that majority of young people who commit suicide suffer from depression. Depression is a mental disorder associated with depressed mood, loss of interest or pleasure, feelings of guilt or low self-worth, disturbed sleep or appetite, low energy, and poor concentration (World Health Organisation).  For more information on depression in teenagers refer to  this earlier series of posts.

Other important aspects to remember about teenagers and suicide:

When is A Teenager at Risk

While depression and suicide do not respect any demographic differences, there are some patterns that emerge amongst teenage suicide victims that are worth noting.

Groups of teens that may figure more highly in the at risk of suicide category include:

Suicide and depression are not caused by just a single event in a person’s life. They are usually caused by a combination of multiple factors, including biological, environmental, psychological, and relational issues.

While the causes may be complex and multifaceted, there are events that can trigger certain tendencies. The following stress factors may make a young person more vulnerable to suicide risk:

Signs to Watch For

The Teenage Brain – More Happening Than You KnowDevelopment, Teenage Health 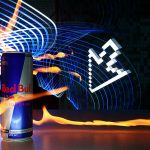