Energy Drinks and Teenagers: Do You Understand the Risks?

I am sure many of us have been there before.  You are running out of time, you have long since passed the point of being tired, and you still have a lot more to do!

Whether it was for study, work, or getting through myriad of personal crises that always seem to happen simultaneously, the need to reach for our stimulant of choice becomes a necessity.  For many adults the rigour of early mornings and late nights are compensated by regular cups of coffee, tea, or cola. For some of us (not mentioning any names) the day doesn’t really begin until the first cup of coffee is well drained.

In recent years the weary person’s arsenal of tiredness alleviating beverages has been radically expanded with the proliferation of “energy drinks”.  These are basically soft drinks with high levels of sugar and caffeine.

It is estimated that 900,000,000 gallons of these energy drinks are consumed throughout the world every day. In the United States teens and young adults account for over a third of all energy drinks equating to $3 billion in sales.

Experts are now suggesting there are some serious health implications associated with these drinks, particularly for teenagers.

What is In An Energy Drink?

Like all soft drinks,  energy drinks contain little nutritional value and high amounts of sugar. Drinks such as Red Bull contain approximately five teaspoons of sugar per 250 ml can.

What really differentiates energy drinks from soft drinks is that they also contain significantly higher doses of caffeine.

To put this perspective coffee contains 40 – 80mg /cup and Tea 20-60mg / cup. A No-Dose tablet contains 100mg of caffeine and a warning label on the packet.

Food Standards Australia New Zealand, state caffeine should be limited to 320mg/litre. A ministerial council on food standards investigated a New Zealand-made energy drink and found 77 per cent of drinks tested were over the legal caffeine limit for NSW.

Depending on the brand,  energy drinks may also contain other additives such as B vitamins, taurine, ephedrine and ginseng.

Energy drinks are known to have serious health risks associated with them. The French government recently imposed a ban on Red Bull, after an 18-year-old athlete reportedly died playing a basketball game after consuming four cans of the drink.

The major health concern regarding ‘energy’ drinks is their high caffeine content. Adverse effects of caffeine when consumed in the quantities present in most energy drinks include:

These effects are already being observed amongst young teenagers who often drink energy drinks on their way to school. They exhibit more disruptive class behaviour and poor concentration, with some teens ending up in hospital emergency wards suffering from heart palpitations.

Health experts are also concerned about the trend of combining energy drinks with alcohol.  According to an April 2006 study in the medical journal Alcoholism: Clinical and Experimental Research, the addition of caffeine can make alcohol users feel less drunk, but motor coordination and visual reaction time are just as impaired as when alcohol is drunk by itself. The Australian Medical Association said mixing energy drinks with alcohol could be leading to the increase in drunken night violence.

As with all soft drinks, ‘energy’ drinks, because of the high kilojoule content, can lead to problems with excessive weight gain. This is more likely for teens who often consume large quantities of drinks in order to partake in sedentary activities such as late night computer gaming sessions.

The high sugar content in the drinks is also being linked to tooth erosion. A recent study conducted by the Australian Dental Association with consumer group Choice found that energy drinks had higher acid levels than most other fizzy drinks. Unlike tooth decay that is caused by bacteria, acid can directly damage the enamel surface of teeth causing dental erosion.

Many of these energy drinks are marketed to appeal directly to teenagers. They are presented as being style statements, particularly to young males.  The strength of the drink is associated with status and excitement. The stronger the drink is, the greater the appeal to teenagers looking to portray an image to the world.

Some European countries have already banned energy drinks with high levels of caffeine. In other parts of the world advocates are pushing for clearer labelling and appropriate warnings.

Ultimately though it still comes down to education and personal responsibility.  Adults don’t need to wait for governments to act.  There is more than enough information and data to enable adults to educate teenagers about the effects and consequences of these drinks.

Adults should advise teens that:

The trouble for many adults is, their warnings about the dangers of caffeine might be undermined by their own conspicuous consumption levels of caffeine products – Grande Latte anybody? 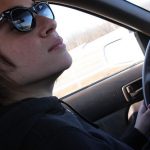 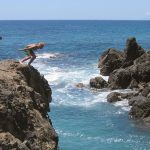