Teenagers & Popularity: Life Can Be Hard At The Top

The school playground can be a hard place!

I’m sure most of us have some memories of the stresses and strains of negotiating the politics of adolescent friendships and social networks – and we didn’t have to worry about online social networking.

Popularity matters a lot when you’re a teenager. Even as an adult popularity can still matter – but during the teen years being popular can take on extra significance and meaning.

Why Being Popular Matters To Teenagers

As young people enter adolescence there is a fair bit of life that they uncertain or insecure about.

With all that uncertainty and questioning there is nothing like group of friends who like you and are also like you.  Gaining acceptance from peers who are going through the same things helps to compensate for the insecurity created by all the changes in the other areas of life.

As a result teenagers derive a great deal of self worth from the approval and acceptance derived from their peer group.  The more certain a teen is of peer approval, and/or the more peers who approve, the greater their sense of self. Hence to be popular – have lots of friends or people who like you – takes on a high degree of importance.

Being popular can become the holy grail of a teenagers life. So enticing is the idea of being liked and accepted by desirable peers that teens often believe that becoming popular will solve many of life’s problems. To be popular is to be happy – or so may teens believe.

However while peer acceptance is important, and teens who develop positive peer relationships generally do better, the quest to be popular can have unintended consequences.

To some degree defining what makes someone popular is more an art than a science. But there are definitely traits that have been shown to occur more commonly amongst teens who are popular.

Being good communicators, dressing well, appearing confident, knowing what is cool, athleticism, owning desirable possessions, and keeping up with all the gossip are often characteristics of teens who are considered popular. Being popular is often about being able to discern and conform to,  the desires of the dominant culture.

However even for those who have what it takes, getting there is only half the story. Staying popular can be a feat in and of itself.

The Cost of Being Popular

Ironically being popular can create whole new levels of angst and insecurity.  Once a teen becomes popular they need to protect and maintain their place in the pecking order. And if a teen has attached their self worth to being popular then they will be pretty motivated to protect their status.

Being popular doesn’t necessarily mean you can be friends with whomever you wish. Once a teen has attained popularity their friendship options can become more restricted.  For a teen who has popular friends, befriending or socialising with someone the group has decided is undesirable can damage a teens standing in the group.

Being popular also can come with clear expectations. Popularity can be so important to teenagers that they feel compelled to act and behave in certain ways so as to maintain their level of popularity.

A recent study of teenagers in Canada found clear links between the need to be popular and the use of alcohol drugs. Based on research of over 500 teenagers at different points in their development researchers found the more popular a teen and their friends were the more likely they were to consume alcohol or illicit drugs

Researcher Professor Jean-Sébastien Fallu concludes “Teenagers don’t consume to belong to the group or to increase their popularity level, they do it to remain well-liked,” He goes on to say  “It’s more about keeping their status than increasing it.”

This study supports previous studies that have found teenagers associate drinking alcohol, smoking cigarettes or pot, or gambling with their ‘popular’ peers more so than their ‘unpopular’ ones.

Other research has shown that teens who are unpopular will also engage in anti social behaviour, but it is more likely to be in the form of low level violence and delinquency.

What Can Adults Do

So what do you do to help a teenager who is caught up in the race to be popular or maintain their status? How do you help your teen negotiate the line between having friends and getting caught up in the futility and vanity of the popularity trap?

Acknowledge what is happening for your teenager

The needs that the teen is trying to meet by being popular are very real and powerful.  Trying to find a place in the world to belong, where you get to feel good about yourself, are strong and legitimate motivations in life.

Affirm your teenager for who they are

Parental and adult acceptance is very important to an adolescent. Even though they are questioning and testing out the limits of the relationship, a teenager needs to know that their parents or caregivers value and love them for who they are. Particularly when a teen may not be feeling to great about themselves having other voices say positive things about who they are can have a significant impact – not that they will ever admit it!

Remind teenagers popularity is not friendship

Try to teach your teen that popularity is about appearances, conformity, pecking order, and is fickle like fashion. Friendship is personal, about relationships, affirming of difference, and lasting.

Warn teenagers about the limitations of popularity

Try to explain (preferably in advance) that being popular can come at a cost.  Feeling compelled to act in a way that pleases others can be very restrictive and stressful. There can be a loss of personal freedom when life becomes about pleasing the crowd.

Hopefully most teenagers have some friends who are a positive influence on your teen and have a relationship based on mutual appreciation and respect.  Encourage your teen in these friendships by  facilitating them spending time together and allowing your teen to have their good friends stay over and spend time in your home. Warning – don’t praise these friends to overtly to your teen as this may have the opposite effect. 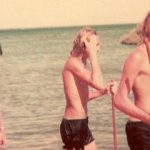 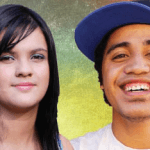