My lounge room and the streets of London are literally a world apart.  But this week 2 events that were a world apart reminded me about the basics of living and working of with teenagers.

On Tuesday night I sat down and completed the national census form so that I could be counted amongst the other 22 million or so Australians.  Answering a variety of questions that asked everything from how much housework I do to what religion I associate with, I dutifully provided a statistical snapshot of myself at a point in time for the sake of the nation.

Later that night I was watching the late night news which was dominated by stories of the London riots.  There were images of buildings burning, riot police charging, rioters hurling projectiles, and various other images of general anarchy.

Then there were the opinions and theories about what lay behind this mass outbreak of unrest in one of the worlds richest and most developed democracies.  Amongst the multitude of reasons given one was more common than all the others – disengaged youth.

Experts and witnesses alike referred to young people who had ‘no stake in society,’ and who were ‘disenfranchised’ or ‘disengaged’ from the wider community as being the driving force behind the riots.  Young people who had no hope or reason to contribute, who felt ignored or abandoned by a society that didn’t care or notice their plight, were venting their frustrations. (See Side Note)

It is one thing to know that your existence is acknowledged in a database somewhere, but entirely another thing to know your existence matters.  It is the difference between being a statistic and being a stakeholder, between being a constituent and being a contributor, between being an inhabitant and being a citizen. By completing and submitting my census form I had been counted, but I don’t feel like I count because I completed a form.  Similarly those who feel like they have no say or opportunity to participate in society won’t fare any better if they fill in a survey.

Feeling that you have a place where you are able to contribute and have your contribution acknowledged is a central plank of human identity. Having a sense of purpose, a place to belong, the chance to create, and freedom of expression, are necessary components for us to formulate a healthy sense of who we are. We all want to know that our existence matters.

The Basics of Teenage Identity

Establishing an identity that is positive involves having the opportunity to contribute and get feedback on that contribution.

Teenagers thrive when they are given appropriate opportunities to have a say or take responsibility for something.  They may not always get it right, and they many disappoint themselves and others from time to time, but each time they get a little bit closer to working out what it means for them to be someone, and someone who counts.

Herein lies the problem.  Young people who never get the chance to have a say, who never get positive feedback from significant adults, who are never trusted with anything or by anyone, or who are prevented from expressing themselves constructively will develop what the experts call ‘negative’ identity.

To put it simply if young people never get the chance to feel like they count or matter, they will base their identity around these negative beliefs and associated negative behaviours.

This theory is not new and forms the basis of how we go about dealing with teenagers in many walks of life. Youth workers will talk about ‘engagement’ and ‘empowerment,’ giving young people the chance to find voice and express who they are.

Similarly education systems are slowly moving towards ‘engaged learning’ and ‘constructivist’ learning practices that are about getting students to invest and take more responsibility for their own learning.

In the family home parenting experts stress the need for parents to encourage their teenage children to gradually take on more responsibility and try to solve their own problems.

Helping teenagers discover who they and engage with the world around them is at the core of working with and raising adolescents.  Teenagers need to know that they count.

Are You Helping Your Teenagers?

While such thoughts aren’t new, it is surprising how often they are overlooked or forgotten.  If you are someone who is working or living with teenagers how are you going at helping the young people in your context feel like they count?

Are you being intentional about giving your teenagers a voice that is listened to and validated?

Are you aware of giving your teenagers responsibility and the opportunity to meaningfully contribute?

In the next post we will look at some ideas about how to answer these questions and help teenagers feel like they count in the family home, in youth programs, and in the classroom.

While there is a good deal of truth to these assessments, there is also a disturbing convenience to blaming these events on a frustrated youth underclass.  It is much easier to blame an undesirable ‘other’ who can be chastised and vilified than to confront the more troubling reality that educated, middle class people when given the chance will behave in such an anti-social and destructive manner. We now know that among those arrested for rioting and looting were people who were well educated, people who came from middle class families, people who were gainfully employed, and many were well over the age of 25.

In a culture that celebrates greed and wealth, and promotes the blatantly self absorbed and self indulgent as ‘idols’ to be followed, why are we surprised when young people take such values to the logical extreme?

More to the point it is concerning the level of hypocrisy apparent. The disenfranchised young seize an opportunity to take advantage of a situation for personal gain and the world is dismayed, perplexed, and desperately seeking punishment.  Yet only years earlier when very wealthy ‘upper class’ adults exploited situations for their own gain and nearly bankrupted the country, they received massive assistance and bailouts by the very people now shaking their heads and banging their fists. 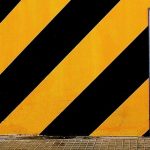 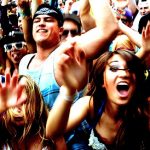