Confusing Teenager’s Character With Their Development

Part of the complexity of living and working with adolescents is learning to distinguish the nature of the changes occurring in your teenager’s life. Are the developments in behaviour or temperament a temporary phase or are they permanent fixtures of an emerging adult identity?

Adolescence is a time of great change. These changes affect the way teens process information and communicate with those around them. With all the biological and social changes taking place teenagers can sometimes act in ways that are not acceptable or appropriate. These actions are often symptoms of the changes taking place for the developing teenager, not a demonstration of the moral character of the person.

Why does this matter you may ask? It matters because when adults react the symptoms of developmental change as though they are personal character traits we not only unnecessarily escalate the personal and emotional intensity of a situation, we also fail to help the teenager manage what is happening in their lives.

Let me give just a couple of examples.

It happens every day. A teacher is explaining something important to the class and a girl in the back row continues talking to her friend. The teacher asks the girls to stop talking and pay attention. The request makes no difference as the girls continue in earnest discussion.

A parent is in the middle of a mini-lecture on an important topic when their teenager receives a text message. A quick glance at their phone prompts the teen to interrupt their parent mid-sentence by blurting out “OMG I can’t believe he did that!”

Adults often interpret such events as disrespectful, which they are. But then the adults mistakenly take it personally thinking the teenager is deliberately directing a lack of respect at them. Adults make it personal, but it has nothing do with them.

Developmentally teenagers are wired to be self-absorbed. As their thinking develops and matures they learn to see the world and themselves in a whole new way. Their new heightened awareness means they find themselves thoroughly fascinating. Sometimes for a teenager there is nothing more important in the world than what is happening to them or their social world.

An adolescent’s new thinking abilities, combined with a lack of life experience, and the need to social reassurance from peers, result in the teen believing that their relational issue is the most important issue to be dealt with at any given moment in time. Hence all other issues such as classroom instructions, or parental advice, are relegated to a distant second in terms of importance and attention.

A teenager’s decision to ignore an adult is often not about the adult at all. It is about the teenager tending to their own urgent needs. It is not that they don’t respect the adult, it is more they are not even aware of the adult in that moment.

If the adult responds by taking personal offence at what appears to be a lack of respect they would unnecessarily make the issue an emotional and relational one. If however the adult chooses to see it for what it is, adolescent self-absorption, then they are free to react constructively and provide feedback and suggestions for the teenager about their behavior affects others.

Sensible kids do dumb things. It is nothing new. You were probably very sensible in your teenage years, but I bet you can remember doing one or two things that in hindsight leave you shaking your head. Hold on to those memories next time a teenager you know does something spectacularly, mind-blowingly, and unbelievably stupid.

The teenage brain is still very much a work in progress. It is wired to respond and be sensitive to emotional and sensory stimulation, but it is not so good at objective evaluation and risk management. When you combine both these aspects it explains why sensible teenagers do stupid things.

In an environment that offers little in the way of thrills, excitement, or temptation, teens will act sensibly and come across as considered and thoughtful. However when placed in a situation which offers the potential for lots of emotional rewards, adrenaline hits, and instant gratification a teenager is much more likely to chase the thrill without giving it a second thought.

This does not mean they are a thoughtless or reckless person, it means that the front part (sensible part) of their brain is still a work in progress.

Adults who respond to risky behaviour by labeling the teenager and getting angry merely create unnecessary tension and strain on the relationship. However adults who realize that a young brain still forming will often create havoc in certain situations is able to discuss with the teenager in a calm manner how to reduce repeat occurrences of the risky behavior.

There are lots of other examples of when adults confuse character for development (but I have raved enough for now). It would be great if you have observed other examples to let us all know so as to increase our awareness.

Qualifications aside, adults who are able to distinguish developmental symptoms from character issues in adolescent behavior are better equipped to practically help teenagers navigate the changes of adolescence in a constructive and positive manner. It also saves a lot of unnecessary stress.

Please let me know your thoughts or questions. 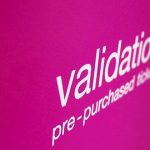 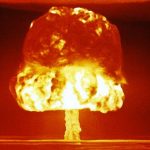