Have you ever thought that teenagers don’t want to talk to their parents about sex, teenage girls talk to their mothers more than boys, and communication is proportionate to trust? Well you’d never believe it, but the research suggests that you are on the money!  Apparently teens are willing to talk to parents about their love life, just not about sex, and the likelihood is that mothers and daughters will be engaged in deep and meaningful conversation a lot more than dads and sons.

In research released by Ohio State University mothers were found to be the parent most likely to discuss matters of love and romance, and girls were more likely than guys to discuss their love life with a parent.  This confirms previous research which has also found girls are much more likely to discuss personal matters with parents. In one study it found that girls’ discussing personal or sexual health matters with their fathers was rare, yet it was still more frequent than fathers and sons.

However when it comes to disclosure of sexual activity and what happens during private unsupervised time teenagers a much more tight-lipped and less forthcoming.

The study found teens are prepared to talk to parents about the identity, interests, family, and ability of their boyfriend or girlfriend. They were also willing to disclose how they showed affection i.e. kissing, holding hands, giving hugs etc.  However not matter whether it is a son or daughter, neither gender is forth coming with information about their level of sexual activity.

Researcher Chris Daddis suggested “Many parents become frustrated because they feel that the lack of communication with their teenage children is evidence of increasing distance or diminishing influence.”  This increasing distancing from parents is a necessary process of adolescence.  Teens need to emotionally and behaviourally disentangle themselves from their parents.  This process, achieving autonomy, will involve a certain degree of distance being created by teenagers between themselves and parents.

What can parents do in light of this process? Again researcher Chris Daddis helpfully confirms a common maxim that  “Developing a trusting relationship is one of the most important things parents can do to maintain consistent communication.” 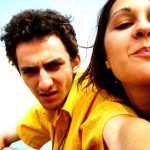 Why Are More Teenagers Out of Control?Conflict Resolution, Parenting 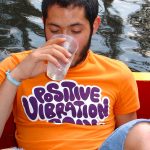 Should Parents Not Allow Teens to Drink?Parenting, Teenage Health