Why Are More Teenagers Out of Control?

An increasing number of teenagers are beyond the control of their parents and causing all sorts of problems.  Apparently the number of these rampaging teens is growing.

Figures from a government helpline in my home state, New South Wales, reported a 38% increase in 2009 from parents seeking help with their out of control teenagers. This avalanche of aggravating adolescent behaviour could be attributed to many factors, including the increased awareness and use of parenting help-lines.

Some experts attribute the rising parental angst to an increasingly proactive pattern of new parents seeking training and education for parenting younger children, but remaining ill equipped to handle the challenges of raising teenagers. This however is only a partial explanation because we know that the better kids are parented as young children the less risk they are of encountering serious problems during adolescence.

However I am well aware of that for many parents the thought of trying to nurture and parent teenagers can seem quite overwhelming (that’s why we started offering services to help).  While one post cannot provide all the answers, here are some reasons why increasing numbers of teenagers may be acting out.

Sounds obvious I know, but it is important to remember that teenagers are wired in such a way that makes acting out far more likely.  Developmental processes affecting their brains, their hormones, and their sense of self, result in adolescents engaging high degrees of risk taking behaviour.  While these factors are constants and don’t by themselves account for wholesale increases in bad behaviour, they are important to acknowledge.  Adolescence can be volatile time of life, if allowances and intentional parenting practices are not considered, this volatility can easily cause problems.

Experts suggest that parents are focusing more on obtaining their child’s approval than setting clear and enforceable boundaries.  It is part of adolescence to push limits as they develop an increased sense of independence.  If parents provide nothing in the way of firm boundaries to push back on teens will keep going until something causes them to stop – often this can be a painful process.  Teenagers need clear direction and appropriate limits, respectfully and warmly enforced.

Mobile technology is great for many things, including organising mischief.  The ability to instantly contact virtually anyone, anywhere, anytime enables teens to get together at the touch of a button.  While once upon a time the inability to organise rapidly restricted group participation in spontaneous acts, these days the technology can facilitate teenagers impulsive thought processes and opportunistic risk taking.

Another side effect of the digital revolution – teens are exposed to unlimited ideas of how to behave badly. Online video sites like Youtube have literally hours of footage capturing pranks and stunts.  The facility to easily distribute and share these ideas means that young teenagers are exposed to a far greater range of ideas than ever before. This increased exposure leads to increased demonstrations of the age-old maxim – monkey see, monkey do.

Unfortunately bad behaviour can breed bad behaviour. In Australia the culture of binge drinking, glamorised risk taking or pranking, increased access to sexually explicit media, and rising levels of gang activity, have desensitised adolescents to what bad behaviour actually is.  When behaving badly and taking risks becomes a rite of passage or a ticket to acceptance, teens need strong and clear alternatives that provide meaning and sense of value.

This website uses cookies to improve your experience while you navigate through the website. Out of these cookies, the cookies that are categorized as necessary are stored on your browser as they are essential for the working of basic functionalities of the website. We also use third-party cookies that help us analyze and understand how you use this website. These cookies will be stored in your browser only with your consent. You also have the option to opt-out of these cookies. But opting out of some of these cookies may have an effect on your browsing experience.
Necessary Always Enabled
Necessary cookies are absolutely essential for the website to function properly. This category only includes cookies that ensures basic functionalities and security features of the website. These cookies do not store any personal information.
Non-necessary
Any cookies that may not be particularly necessary for the website to function and is used specifically to collect user personal data via analytics, ads, other embedded contents are termed as non-necessary cookies. It is mandatory to procure user consent prior to running these cookies on your website.
SAVE & ACCEPT
Teenager’s Self-Esteem: 5 Ways Adults Can HelpParenting, Self Esteem, Teenage Health 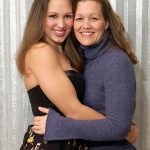