Why Mobile Phones Are Essential For Teenagers?

We are all very familiar with teenagers who absolutely must have the latest fashion item or trendy gadget that is taking the world by storm.  It was true when I was a teenager (Reebok Pumps or Walkmans anyone?) and nothing much has changed.  As long as teenagers have access to money there will be people marketing new ideas for them to spend their money on.

What has changed since we were teenagers is not so much the passing fads, but the permanent essentials of life.  Teenagers have always had the essentials, the jeans, a wallet / purse, sunglasses, and adolescent attitude.  Since youth culture began teens always make sure they have these things before leaving the house.

In the last decade another item has been added to the list – the mobile phone.  Just as many adults cannot remember how we ever get by in life without mobile phones, most teenagers cannot conceive of existence without their mobile permanently attached to their person.

At this point parents and adults often get confused.  They think that a mobile phone is just another trend or passing fad.  Alas such thinking is profoundly mistaken.

Having the right mobile or cell phone is a fashion statement and status symbol, but it is also much more. For 21st century teenagers mobile phones serve more purposes than just an expression of identity – they are an essential tool of adolescence.

Teenagers see their phone as the essential ingredient for maintaining a healthy social life. And by essential I mean absolutely must have!

A survey by Harris Interactive found that nearly half (47%) of US teenagers thought their social life would end or be significantly diminished if they did not have a mobile phone. 57% of teenagers credited their mobile phone with improving their life.

Teenagers, like adults, use text messaging to organise their social life and maintain friendships – both absolutely critical tasks for adolescents. The rapid uptake of smart phones has made mobile devices even more effective, thus important, in this regard as teens can have constant access to their online social networking services.

Mobile devices these days are rarely just phones. They are portable electronic entertainment units.  This functionality alleviates the common teenage affliction – boredom.  As one parent said recently “My teenager has two modes: asleep and bored.”

A recent survey by Pew Research found that teenagers use their phones for far more than just phones calls and texting:

Teenagers like the convenience of being able to communicate anytime from anywhere, especially if they need something. 84% of teenage cell phone owners agree that they like the fact that their phone makes it easy to change plans quickly.

When making, or more importantly changing social plans, mobile phones afford a greater degree of flexibility than any previous generation has experienced. Text messaging means groups can be re-directed to new destinations within seconds. Mobile web browsing allow for the next activity to be found and located in detail from anywhere at any time.

Of course one of the most important aspects of changing your plans when you are a teenager is letting your parents know. According to Pew Internet 94% of teenagers agree that cell phones give them more freedom because they can reach their parents no matter where they are.

While most teenage mobile use is for fun, many feel that having a cell phone with them at all times provides a form of safety. When teens are away from home, they use phones to get rides, important information or to help someone in trouble.

Teenagers report having a greater sense of security when they are out because they know help is only the press of a button away.   Pew research found 94% of parents and 93% of teens with cell phones agreed with the statement: “I feel safer because I can always use my cell phone to get help.” The knowledge that parents or others are easily and discretely contactable is comforting to both teens and parents.

So the type and brand of phone a teenager claims to need may change depending on fashion and function, but the phone or mobile device itself is no longer an option but is considered a must have by the 21st century teenager. 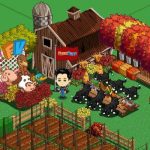 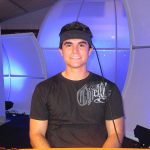