Teenage Attitudes About Contraception and Pregnancy

A study has found more girls are using the rhythm method as a means of contraception, and a majority of both male and female teenagers think that it is okay for a single girl to have a baby.

These are two of the findings in a study released by the Centers for Disease Control and Prevention in the US. The study was conducted by interviewing over 2,800 teenagers between 2006 & 2008.  The study found that 17% of sexually active female teenagers attempt to time sexual encounters to avoid fertile periods of their cycle.

This is concerning as the researchers suggest the rhythm method does not work 25% of the time.

Teenagers are also increasingly comfortable with single girls being pregnant and raising a child. A majority of teens, 64% of males and 71% of females, agreed that it was okay for an unmarried female to have a child.  This result showed a significant increase in male’s acceptance of single girls getting pregnant.  Similarly nearly 20% of teenage males said they would be pleased if their teenage partner fell pregnant.

The increased reliance on the rhythm method as a means of contraception, and growing acceptance of single motherhood amongst teenagers does give some insight into the increase in teenage pregnancy rate in the US.  During the period of the study teenage pregnancy rates peeked at 12% of all pregnancies. The current teenage birth rate in the US is approximately 10% of all pregnancies.

Other interesting data in the survey about teenagers and contraception:

Of teenagers surveyed who had not had sex the most common reason given was religious or moral conviction.  For females the second most common reason was “not wanting to fall pregnant”. For males the desire to avoid getting a female pregnant as a reason for not having sex dropped by from 25% in 2002 to 12% in 2008.

Research like this continues to serve as a reminder that adults need to be continually seeking to educate and inform teenagers about the place of sex in life and its consequences. Parents, and other significant adults, need to have clear, honest, and frank discussions with teenagers about their preparedness for sex. These conversations must happen earlier in teenager years than perhaps most parents would like, but there is little point having the conversation later.

I am very interested in hearing from parents or youth workers about issues they face, or methods they have found helpful, when talking to teens about sex.  So please let me know. 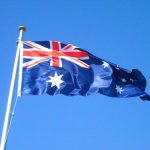