10 Ways To Alienate Your Teenager

I am sure there are many out there who read the title of this post and thought twice about wasting your time reading further (if that was you – thanks for getting this far). You hardly need advice about how to annoy or anger your teenager. They already tell you they hate you, wish you were dead, and consider you to be the most evil dictator since Darth Vader.

As the parent of a teenager you already know (or will very soon find out) infuriating, embarrassing, and destroying your teenager’s life is par for the course of being a parent – at least according to teenagers it is.  This is true of most teenagers, even those who feel loved and secure in their relationship with their parents.  The adolescent process of disentangling their identity from yours will produce the occasional, or reasonably regular, display of disapproval directed at you and your parenting.

This post is not about how to temporarily enrage or annoy a teen, that will come naturally to most parents.

Rather this article seeks to offer some tips on how you can go about creating lasting animosity and distance between you are your teenager. (For those who are hoping for a more positive outcome, consider it a list of things to avoid.)

Using physical intimidation or force is right up there with ways to create lasting scars for your teenager. Scaring or physically harming a teenage child will damage one of the most important emotional ties a teenager has, the belief that in a scary world parents and home are a safe place.

There is no question teenagers know how to push buttons. They know just what to say to push all the anger buttons you have in one go.  As an adult you probably should be able to choose how you act on your feelings, but if you want to drive a lasting wedge between you and your teen then just act out of anger.  They will be scared and distrustful of you in no time.

This is a great way to drive a wedge between you and your teenager. Adolescents are developing new thinking skills. They are learning to see the world in new and more complex ways.  They develop strong opinions and are very black and white in how they see right and wrong, fair and unfair.

Because of this they are especially sensitive to perceived injustices and inconsistencies.  By allowing something one day and then banning it the next, or vice-versa, you will confuse and infuriate your teen.  Having differing standards or expectations of different children, chastising teens for behaviour you are engaging in yourself, or constantly changing the rules about what is and isn’t acceptable, will contribute to your teen learning to neither trust nor respect you.

Constantly Compare them to Their Siblings

If you want to create one of those deep and lasting psychological scars in your teenager then this one will work a treat.  By regularly reminding one child that their sibling is more talented or better behaved than they are, you will set up a little message in their brain that could affect them for the rest of their life.

Particularly effective ways of setting this pattern up is by practicing phrases like “Why can’t you be more like (siblings name)?” or “You’ll never be as good as (siblings name) if you don’t (desired behaviour)” or “Your (brother/sister) would never have done that!”

Always Focus on the Negative

Never underestimate the power of consistent messages to achieve a particular outcome.  By always focusing on what your teen is doing wrong you avoid any chance of giving them a positive message.  Positive messages focus people on what is desired and hence gives them a chance to achieve.  But by constantly focusing on the problems and the failures you will prevent your teen from looking up and virtually ensure they keep making the same mistakes over and over again.

This is similar in principle to the previous tip. It relies on the power of words to generate negative beliefs. Children and teenagers gain their view of themselves and their self-worth on the messages and impressions they receive from parents and family.

A disparaging nick-name, or regular put downs such as “you idiot,” “tubby,” or “stupid” will go a long way to eroding your teenager’s self confidence and self respect. The best way to completely alienate your teenager is to put them down in public and get others to laugh at their expense. This type of behaviour will create lasting memories for your teenager associated with shame and embarrassment. And they will always have you to thank for those feelings and memories.

Finding out that someone has gone through your private stuff, read your most private and personal thoughts, or listened in on a conversation that you rightly expected to be an exclusive one, can leave you very, very violated. This is especially true if you are adolescent.

Use Money To Substitute for Time

Modern life is hectic. Trying to keep up with demands of work and family can be impossible  sometimes.  In order to keep up a lifestyle that you and your kids have become accustomed can require to you to work long hours.  It would be good if it didn’t, but that’s just life sometimes.

Instead of feeling guilty for not spending time with your teenager why not pacify your guilt by showering them with presents or increasing their allowance.  At least that way they are not bored at home waiting for you.  Nothing says “Please stay out of my hair so I can do stuff that matters” like a fistful of dollars and a pat on the head.

Parenting is much easier when they are children.  You are boss, they don’t know any better, so life works best when your way is the only way.

If you don’t want your teen to learn about taking responsibility or develop personal resilience, and all the while foster a growing resentment towards you, then keep treating them like a child for as long as possible.  Relate to them as a benevolent dictator.  Make sure they understand that it is your way or no way at all. Don’t seek compromise, don’t ask what they think is fair, and most importantly never ever give them a sense that they have a say in how things are run in your house. After all you are the adult, what would they  know? They won’t be adults for at least another few years.

Punish for Violating Rules that Were Never Clear

Of course this one also works wonderfully well at infuriating your teen, but the upside is you can feel righteous and noble.  Punishing your teen for breaking rules is considered the role of a good parent.  Never mind that not making the rule clear until after your teenager broke it could be seen as unjust. They expect you to read their minds, why shouldn’t they just know that you didn’t approve of something?

The best way to ensure this type of thing happens is to avoid those annoying and uncomfortable talks about what is and isn’t okay whenever your teen reaches a new stage of social independence.

This is great way to alienate your teen.  By never enforcing boundaries you never have to feel like the bad guy. You don’t have to rant and rave, or have serious heart to hearts. Best of all you don’t have dish out punishments and endure the tears and tantrums that can come from trying to enforce consequences.

The added bonus of never enforcing behavioural boundaries is that teens quickly learn that you just don’t care about them that much. Sure you say all the right things, but when it comes down to actually acting in a loving way through discipline and gentle correction, well your true lack of commitment to their well being shines through. It is a message most teenagers can hear loud and clear.

So there you go, a list of how to really get your teenager to learn how to disrespect, distrust, and resent you for a significant period of time.

WARNING: if you are striving to alienate your teenager be very careful of saying the words “I’m sorry” or any other phrases that suggest you regret treating them in the above mentioned ways and commit to acting differently in the future.  Such a course of action may lead to reconciliation, forgiveness, and renewed levels of intimacy between you and your teenager. 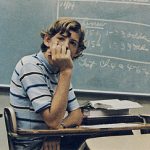 Go With The Flow: 10 Ways to Easily Engage TeenagersCommunication 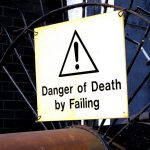