What Are Eminem & Rihanna Saying About Domestic Violence?

What are your thoughts on the new video “Love the Way You Lie” from Eminem and Rihanna?

On first viewing it seems to present a strong message against domestic violence by suggesting that violent relationships are a vicious cycle that are best avoided. The video contains various images of the couple portrayed in the video  playing with fire,  and their home burning down. The images suggesting that if you play with fire and you’ll get burned.

As usual Eminem’s lyrics are straight forward and to the point (nothing abstract about his poetry). There are moments focused on describing the experience of domestic violence:

But when it’s bad, it’s awful / I feel so ashamed / I snapped / Who’s that dude / I don’t even know his name / I laid hands on her / I’ll never stoop so low again / I guess I don’t know my own strength

You push, pull each other’s hair / Scratch, claw, bit ’em / Throw ’em down, pin ’em / So lost in the moments when you’re in ’em / It’s the rage that took over / It controls you both / So they say it best to go your separate ways / Guess that they don’t know ya / ’cause today, that was yesterday

But there is also reflection about the flip side of why people stay in such tortured relationships:

But your temper’s just as bad as mine is / You’re the same as me / When it comes to love you’re just as blinded / Baby, please come back / It wasn’t you, baby it was me / Maybe our relationship isn’t as crazy as it seems / Maybe that’s what happens when a tornado meets a volcano / All I know is I love you too much to walk away though

Both Eminem and Rhianna have had first hand experience of the pain and shame of domestic violence, and many of Rhianna’s fans in particular are happy to see her suing her talents to sing about issues of substance. Rhianna is quoted as saying:

“[Eminem] pretty much just broke down the cycle of domestic violence, and it’s something that a lot people don’t have a lot of insight on, so this song is a really, really powerful song, and it touches a lot of people.”

So it appears to be a positive message for teens to be hearing, doesn’t it?

I came across an interesting article by Tracy Clark-Flory at Salon that did give me cause to consider however.

In deconstructing the video and sharing her own experience as a teenager, Clark-Fory raises important questions about the motivation of the clip, particularly the decision to use Megan Fox.

The video contains not only images of violence but also sexually charged scenes.  There is a certain eroticism implied in the way the featured couple blend or confuse the  passions of violence and sex. Despite the volatile nature of the relationship teens could construe something attractive about it.  Clark-Fory suggests that when confronted with arousing images of sex, fear or anything extreme, teens will not perceive a warning but as an invitation to  something desirable.

This suggestion is consistent with what we know about how teenagers perceive the world, and particularly how their brain’s develop and process information. Teenagers crave intensity, even if the feelings are negative teens want to feel them, and feel them a lot.  Combine these desires with the hormonally charged responses to sexual images, the argument that the clip undermines the intent of the narrative has merit.

Does the sexy portrayal of the relationship, by sexy stars, undermine the suggested intent of the song?

I would be interested to know what messages teenagers actually take away from the song and the clip.  It is probable that for many they may not take any message away, just content to consume more images and sounds of their idol.

I’d be really interested to know what others think of the song and the clip. More particularly what messages do you think teenagers would take from it? 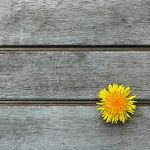 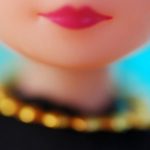