Teenage Love In the Digital Age

In my previous post I outlined the contours of dating and finding a romantic partner during adolescence.  While that post is full of useful information (really it is you can check it out right here) it was lacking slightly.

I made a passing reference to the impact of growing up in a digital world upon dating. In hindsight such a topic really deserves a post of its own.

For today’s teenager there is little distinction between their “real life’ or their “online life.” The IRL (in real life) self and the digital self are increasingly merging with the boundaries becoming less defining.

The study surveyed over 10,000 young people, males and females, ages 16 to 21 to find out how young people are using the social networking site in their love life. Some of the key findings of the survey are:

In a slightly less scientific study an online dating service Are You Interested conducted an online poll of 1000 people (70% were male) and found:

Another interesting piece of research conducted by data journalist David McCandless explored when people broke up. He did this not by asking them but by checking Facebook status updates. He then charted his findings in the graph below. Quite telling wouldn’t you say?

Whichever way you look at it social media is very much a part the modern pursuit of love.

However instant communication and the ability to connect while being physically apart has real pitfalls.  I have written previously about the prevalence and dangers of sexting. Without repeating the whole article some important stats that were sited included:

Teenagers are often inclined to be very impulsive. Combine this inclination with the overwhelming nature of young love and the desire (particularly by young girls) to please their partner and teenagers a prone to the odd mistake. This can result in teens using social media and technology in ways that will damage their reputations in pursuit of love. When we were teens we probably all made mistakes in the pursuit of love, but mercifully they were  not mistakes that were captured and kept in digital formats to be distributed to the world.

The big trick in doing this is to convince your teenager that they need to consider what might happen if their relationship was to end, and end badly. For the teenager in love such a possibility might seem unimaginable, just like the notion that their loving partner would ever do anything hurtful with messages or images exchanged.

One way of doing this is to mention real life examples of images that go viral and talk to your teen about how they would feel.  Ask your teen to consider if the victim in the example being discussed would have ever expected someone to make their private messages public?

Make a point to discuss with teens what they consider to be private information and what is suitable for public disclosure.

Of course all of this comes under the heading of teaching teens to be good digital citizens. For more on this see my earlier post here. 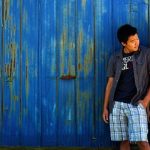 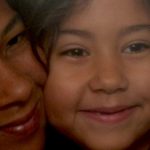 How Mothers Affect Their Daughter’s Self ImageFeatured, Guest, Parenting, Self Esteem