Do You Know If Your Teen Uses Drugs?

One of the fears parents have about their children’s adolescence is that they will develop a drug or alcohol problem.

The fear is not irrational. Many teens will experiment with various substances during adolescence, and we know that many addicts first encountered a problem with substance abuse during their teenage years.

While there are known risk factors that influence the likelihood of substance abuse, the truth is that it occurs it is that no social class, family type, religious persuasion, or racial group is immune from the risk of teens developing a drug or alcohol related problem.  Addictions begin in various ways and for lots of reasons. What most addicts have in common is they don’t want to admit they have a problem, and they will try to keep the problem a secret.

So how do you know if your teenager is involved with abuse alcohol or other drugs?

One thing parents can do is to be aware of symptoms or indicators that are often associated with drug use. Not all drug users display obvious symptoms, and not all symptoms are related to drug use. But knowing what to look for is one way of helping your teen through adolescence.

What to Watch Out For

Mood Changes
Sure mood changes are not uncommon in the teenage years. However if a teen’s general mood becomes darker, or the swings more intense, this can be caused by the affect of drugs on personality. If your teen has mostly been easy going and sensible and starts to frequently act irrationally or aggressively it is worth asking the question.

Money
Drugs are very expensive, usually more expensive than most teens can afford out of their pocket money or part time job. Keep an eye out to see if money goes missing from your wallet or around the house, or in more serious cases valuable items just vanish.

Responsibilities
Many drug users are not able to carry out their normal responsibilities like going to school or work. If they start to behave irresponsibly for no apparent reason, keep a look out for how frequent the absences are and note what sort of excuses they are using.

Bad Performance in School
There can be a lot of factors that affect your child’s school performance, one of which can be drug use. Usually drug use will cause a decrease in school grades. An increasingly negative attitude towards school, or even skipping school, may also accompany regular drug use.

Physical Appearance
Taking drugs has a toll on the body because the body is being abused. Watch out for unexplained weight loss or dramatic physical changes in what was previously a healthy person. Similarly there may be decrease in appetite or significant changes in sleep patterns (note both these tings alter to some degree during adolescence)

Violent Behaviour
Teens using drugs can be more inclined to be physically aggressive. Many substances alter chemicals in the brain, which can increase aggression. This change can result in irritability and physical violence.

New Friends
When a teen starts to use drugs it is likely they will begin hanging out with others who participate in similar behaviour. If your child suddenly turns away from their existing peer group without a clear reason, or starts hanging out with an older (driving age) group or with those that you suspect are using drugs, this can also indicate possible drug use.

Attitude
A negative attitude against anti-drug or anti-alcohol programs (apart from complaints they’re boring) may develop. This attitude towards authority figures in general may start to decline, or they may become increasingly dishonest.

What to do if you suspect

Most teens will want their problem to be a secret and will be very unwilling to admit that they are involved in using drugs or have an addiction. Even when confronted with clear evidence many people will deny they have a problem.

Ask you teen calmly if they are involved in drugs or an activity that is worrying them. Outline the reasons that has lead you to ask the question i.e. what behavior you have observed. If they deny there is a problem assure them you are there to help not punish them if they do have a problem, and your main concern is that they are okay.

If your teen does have an addiction they may require professional help.  Your local doctor or youth service is a good place to start.  There are also a variety of online portals that contain resources and contacts.  Some of the Australian ones are listed below. 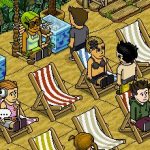 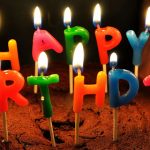