Does your teen own a smartphone? If they do, have you had a serious discussion with them about how to use it in a safe and sensible manner?

Smartphones, and other such mobile devices, are reshaping the way we live. They are but a taste of what the digital future will look like. So pervasive is this technology the question has already moved from if to when teens should have access to these devices.

While there are many great advantages and opportunities presented by this technology, there are also significant risks, especially for teenagers.  In the last month or so there has been a few examples that highlight the issues of digital technology and risk.

Research in the areas of teenage sexting and texting while driving has found that although teens may feel uncomfortable or know the practice is dangerous, large numbers still do both.

This post seeks to shed some light on why teenagers are inclined to use smartphones in risky ways and how parents can respond.

A study of high schools students in Texas, claimed more than 1 in 4 adolescents have sent a nude picture of themselves through electronic means, about half have been asked to send a nude picture, and about a third have asked for a nude picture to be sent to them.

The study published in the Archives of Pediatrics & Adolescent Medicine, found boys were much more likely to ask for a nude photo to be sent to them, but the study also found that 21% of girls asked for a nude picture to be sent to them and 42% of guys had been asked to send a naked picture.

The study also suggests that for both boys and girls, teens who sexted were more likely to have begun dating and to have had sex than those who did not sext.

In June (2012) an 18 year old Massachusetts teen Aaron Deveau was sentenced to two and a half years behind bars convicted of vehicular homicide for texting. In February 2011 the car he was driving crossed to the wrong side of the road and collided with another vehicle killing the driver. It was found Deveau had been reading texts on his mobile phone at the time of accident.

A survey of 652 teens found released in April this year (2012), conducted by Harris Interactive, found that just 57% of drivers aged 16 and 17 say have sent text messages while driving.

Of those surveyed 93% of teens between ages 14-17 agree that “if you regularly text and drive, someday you will get into an accident.”

The vast majority of teens surveyed (89 %) expect a reply to a text or e-mail within five minutes or less, since it’s a teen’s main method of socializing with friends these days.

So why are teens so prone to using mobile technology is such risky ways? Why do so many do it even though they may know it is dangerous or unhelpful?

The combination of amble opportunity and multiple developmental factors is a big part of the answer.

Over recent years, a lot has been learnt about significant changes the teenage brain undergoes during adolescence. It is now widely accepted that the adult brain does not fully form until a persons early 20’s.

This means teens a hyper responsive to exciting and stimulating opportunities and less likely to think through the possible downsides and consequences.

They are impulsive by design.

Another feature of adolescence is the belief of absolute uniqueness.  As teenagers leave behind childlike thinking, they are able to perceive themselves in new ways. They learn to see themselves as unique – in fact they can become quite obsessed with their own self and how unique they are.

An outcome of this self absorbed view of the world, or ego-centrism, is that teens believe that they are extra special, so special that although others may be vulnerable to harm they themselves are not. This sense of invincibility has been linked to many risk taking behaviours.

They don’t believe anything bad will happen to them.

As teens progress through adolescence peers become central to their social understanding of who they are. The desire, or need, teens have to be accepted and be affirmed by their peers can be very strong. This need for acceptance can often result in teenagers choosing to take risks to either impress or be accepted by those who are important to them.

Further adding to the importance of peers in teenage decision making is the discovery that an impact of the brain changes that occur after puberty is that young people more attentive and aware of what other people are thinking about them.

They desperately need to check and affirm their place in the world.

For some people the solution to these issues is to restrict teenagers use of technology. The trouble with such an approach is that is does nothing to prepare or equip teens to use technology that one day will be common place. Nor is it a terrible practical approach giving all the opportunities teens have to access technology these days.

A far more effective approach is to educate, equip, and demonstrate appropriate behaviour.  We need to help teenagers by protecting them and preparing them for their own weaknesses.

Clearly explain to your teenager the risks and responsibilities associated with owning a phone. Try not to make it a conversation not a lecture.

Explain that certain behaviours such as texting while driving and sending naked images are actually against the law. This is not necessarily a deterrent in itself, but it puts the conversation in the context of what society thinks not just what you as a parent think.

Use examples, such as the one mentioned in this post, about the possible consequences of using their phone in an unwise or illegal manner.

Discuss with your teenager how to respond if they get asked to send an inappropriate image.  Take into account there will significant pressure at the time of the request, they need to be able to give an answer that helps them to save face while also defusing the issue.

Teach your teens that they don’t have to be a slave to their phone.  Teens like feeling in control, so talk to them about being in control of when and where they choose to respond to messages.

When giving your teen a mobile phone set some ground rules about when and where they can use it.  Explain your reasons for setting the boundaries and outline the consequences they violate the agreement.

By setting boundaries you are helping your teen eliminate risks they might struggle to eliminate themselves.  Some examples include:

Actions speak louder than words. Parents need to model wise digital behaviour as well as talk about it.

If you have had a conversation with your teenager about using their phone what, if any conditions did you put in place? What age do you think is the right age for teens to get their phone? Please leave your answers in the comments field below. 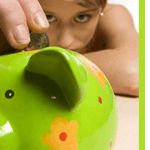 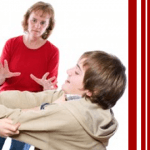