I Think My Teenager is Using Drugs

If you are the parent of a teenager the thought that your child is using drugs will provoke a whole range of emotions: anger, fear, disappointment, and helplessness to name a few.

The problem is, amidst the emotional tumult generated by the possibility of living with a drug addict,  you have to determine if your teen is actually using drugs or if you are just being a paranoid parent.  Closed doors, mood swings, or secretive behaviour could just be a teenager guarding their personal life from their parents, or it could be something more sinister. How do you know?

Well there is no simple answer, but there some options for you to consider if you think your teenager is using drugs.

You Need to Ask

The most direct way to allay your concerns is to ask your teen direct. This is the best first step if you a concerned your teenager is using drugs. Before doing so it is worth consider the following:

If you are struggling to work out how to bring up the conversation consider working your way into it by asking your teen about if they are aware of how prevalent drug use is among friends at school, or what their friend’s attitudes to drugs and alcohol use are. Teenagers are much more willing to discuss others than themselves. This conversation will give you insight into who the attitude and habits of your teen’s peers and an insight into their own personal predisposition.

If this conversation gets some traction, work your way to asking if your teen has seen alcohol or drugs been used when they have been present, and then explore if your teen has been offered. If they say yes, you have a way in to discussing did they try, has it happened more than once etc. Then you have a natural entry point to raising your larger concern about the possibility of ongoing use and a potential problem.

Despite your best efforts there is a reasonable chance your teenager will lie to you, either completely or partially. If you think your teenager’s denial is untrue let them know again why you believe they are lying, and give them the chance to admit or explain away the basis of your concerns.

It is also important to let them know that you can handle it if they admit there is an issue, but if they are lying to you it will cause other problems in your relationship. Ultimately if they don’t or can’t tell you the truth there is little you can do to make them (lot’s of adults with substance abuse problems spend a long time lying to themselves and others).

If they do admit to using drugs then your first response should be to thank for them for being honest. Your second response should NOT be “Why?” But rather something along the lines of “that is concerning to me, how do you feel about what you doing?” A response like this demonstrates you are able to handle the truth and provides an opportunity for an ongoing conversation.

Note that while lying about drug use is common, parents fearing the worst and teenager’s telling the truth about not taking drugs is also known to occur. Be open to your teenager’s claims of innocence, especially if they have valid explanations for the activities that gave you suspicion.

If you strongly suspect, and your teen is not forthcoming with any admission, then you need to keep watching and investigating more closely.

Some possible courses of action include:

There are many and varied indicators of substance abuse, however many of them are also common teenage traits i.e. poor hygiene, mood changes etc. What you are looking for is change compared to what is normal for your teenager. You are also looking for more than just one or two indicators, sustained drug use will likely have multiple symptoms.

Below is a list of possible indicators of drug use. It is by no means exhaustive, and is purely a guide

If Your Teen Is Using Drugs

If you get to the point either through admission or sheer weight of evidence, you need to decide what to do. This is not always straight forward, as each situation is different.

Some things to consider when deciding how to respond:

If your teen is at the experimental, only using occasionally, stage it might be possible to manage the issue through establishing some clear boundaries and consequences that will facilitate your teen steering clear of future use.

If your teen is using regularly you will need to take significant steps to assist them, commonly this will require some form of professional help. If you don’t know where to start talk to your family doctor for some options.

No matter what path you take it is vital you work at getting your teen to admit they need to help, and be willing to cooperate. This is much easier said than done, and can take a bit of time, but it is vital that your teen take ownership of their issue if there is to be any lasting change.

For further information and assistance: 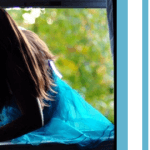 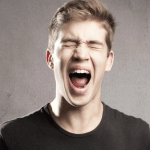