Research conducted by TRU Research and sponsored by LG was noteworthy for what it revealed about parental texting behaviours and assumptions.  Despite claims by respondents that texting brought families closer together it is worth considering the results closely.

The study was conducted online within the United States amongst 1,017 teens and 1,049 parents of teens. Of the parents surveyed 75% consider themselves “texters” and 86% of those texters  (or  65% of parents surveyed)  claim to have communicated with their teens via text messaging.

Despite the extensive coverage that has been given to the unhelpful behaviours of teens and texting the survey reveals that bad texting behaviour is not just attributed to teens. The results demonstrate both parents and teens participating in the following mobile behaviour:

Given that teenagers are quick to pick up on any inconsistencies, parents do not help their appeals for good mobile behaviour from their kids if they are undermining their words with their own actions.

You know what they say about assumptions! The survey revealed that many parents are overly generous in their assumptions about how well behaved teens are with their phones.

This rose coloured view of ones own children is nothing new.  The results provide yet another sobering reminder of the potential pitfalls of parental bias.

According to the researchers the results suggest texting brings families closer together.

While the research sponsors (a mobile phone company) suggested that texting benefits family communication and feelings of “closeness,”  there could be other ways of interpret the results.

For parents who may have little communication without text, some communication may better than none.  Likewise is it any surprise that teens would rather parents make contact via text rather than a voice, it is a much more controllable means of communication from the teens point of view.

What are  your experiences of texting and connecting with your teenager? 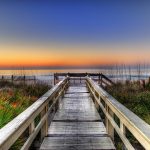