Teenage Mistakes in a Digital World: Is There Redemption?

Take a second to think back to your own teenage years. I know it’s not always pleasant, so allow me to make it slightly more uncomfortable.

Think back not just to your teenage years, but try to recall the most embarrassing moments, the silliest decisions, the reputation damaging mistakes, the painful errors of judgment or misdirected passions. Try to recall the moments that still make you cringe even remembering them from the safety of the present day.

Now imagine that your kids, your friends, or your work colleagues had photos of those moments sent to them tomorrow via email.  What would the cringe become then? A blush, a wry smile, or a sick feeling in your stomach laced with guilt and shame?

Spare a thought then for what happens to kids, or adults for that matter, who in a moment of foolishness post or send a digital artifact of their soon to be regretted activity.  This artifact finds it way onto the the unstoppable digital stream that moves at incredible speed, with a global reach.

We have all heard and considered how such instances of poor judgment can have  serious short term effects, particularly on young people.  However in the digital age that regrettable impression may last and circulate for some considerable time.

I’m sure many of us have things in our past that we would like to leave there.  Life has moved on, you have grown up, you long ago turned over a new leaf.

Could it be that the wonders of modern communication means that our mistakes are not so easily erased as we would like? What are the effects on our young people whose footprints of digital indiscretions are not be washed away by the waves of time, but instead remain indelibly captured and public for the indefinite future.

I came across this fantastic post today from Anne Collier at Net Family News which is part of a short series she is doing on digital citizenship.  I strongly recommend going and reading the full post plus the previous one in the series.

The post raises some important questions about how our digital society needs to grapple with issues of redemption, second chances, and forgiveness. I don’t know that our pre-digitial world was ever great at those things, but this post definitely highlights how social and mobile media doesn’t make the tasks any easier.

I’ve included significant sections of the post below as trying to summarize felt a bit futile.

The “global village” is increasingly mirrored on the living Internet – the one that we the users update in real time with our thoughts, images, behavior, sociality, and productions. I hadn’t thought about the overused global-village metaphor in a while, but it resurfaced at the end of an important piece about “The End of Forgetting” in the New York Times Magazine  yesterday – what it calls “the first great existential crisis [and I’d add most basic parenting crisis] of the digital age.” What we all, including and maybe especially parents, are being called on to consider is, what the indelible memory of the social Internet – if it remains indelible – does to something civilization has long valued: redemption, the chance to change or even reinvent ourselves.

Consciously, or not, whether we’re hearing about young people being tagged in inappropriate photos, texting or posting mean comments, or exploring identity in obscure sites or virtual worlds, we are deeply and justifiably worried that they won’t have a chance to learn from their mistakes and move on. Is the Internet taking second chances away from our kids?

“The central task of citizenship is learning how to be good to one another,” I’ve quoted writer A.J. Patrick Liszkiewicz as saying. We have to develop – and I believe we already are slowly doing so – the social norms for living under these newly out-of-[our-]control conditions that are creating a global village in the sense that, in terms of communication and information distribution, time and distance have shrunk to nearly nothing. Redemption, forgiveness, the ability to move on come from humanity, not technology.

In the Times Magazine, Jeffrey Rosen points to an example in ancient times: “In the villages described in the Babylonian Talmud … any kind of gossip or tale-bearing about other people – oral or written, true or false, friendly or mean – was considered a terrible sin because small communities have long memories and every word spoken about other people was thought to ascend to the heavenly cloud. (The digital cloud has made this metaphor literal.)… Although the Talmudic sages believed that God reads our thoughts and records them in the book of life, they also believed that God erases the book for those who atone for their sins by asking forgiveness of those they have wronged. In the Talmud, people have an obligation not to remind others of their past misdeeds, on the assumption they may have atoned and grown spiritually from their mistakes.”

In other words, at the individual level where we all operate (in homes and classrooms), the goal is to turn users (of all ages) into stakeholders in their own and their communities’ wellbeing. Stakeholders are active, conscious participants. So at the societal level, the goal of digital citizenship is to create the positive social norms of the social Web – actively, consciously, respectfully, and collaboratively – as citizens.

What Does It Mean For Teens?

So for me Anne’s post raises far more questions than answers.

Questions such as “Will technology eventually create solutions to the problems it has created?” “What does it look like to forgive digital wrongs?”  “How do we help young people find a fresh start when failure can so often be very very public and lasting?”

But along with my questions this post has galvanised my thoughts about the importance of conversations regarding digital education of kids moving beyond filters and privacy settings.  The digital space is here to stay and as adults we have a duty to equip and prepare our young people to participate in it as responsible and constructive citizens.  This is why the language of citizenship strikes a chord.  Privacy setting and filters are important, but they don’t develop character, respect, mutual concern, or holistic self awareness.

As adults we can’t pass on what we don’t understand.  How do we raise compassionate, wise, constructive digital citizens of character if we are not practicing digital citizenship ourselves? If  our homes, schools, and churches are not participating in the same world as our kids what do we have to offer except uniformed fear and trite cliches?

Helping young people develop character, find and grant forgiveness, and experience redemption in the digital world requires adults who are participants, as well as observers, in that world.

Lots of questions, be keen to hear the thoughts of others. 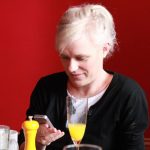