Found this video today about a topic that has been rummaging around in my head for a while – Is Lady Gaga this generation’s Madonna? Does the answer tell us anything about teenagers today?

The above video gives a great example of just how similar Lady Gag is to Madonna. I am sure most Gen Xers (of which I am one) couldn’t help but feel Gaga was either imitating or parodying Madonna the first time we watched the Alejandro clip. Of course the internet has been abuzz with conjecture about the exact nature of the artistic connection for some time.

I’m not certain of exactly what her motives are, but the similarities are undeniable –  male shirtless dancers who look like Nazi stormtroopers, sadomasochistic overtone, simulated sex with one of them in her underwear, latex nun’s habit and other catholic references to mention a few. In a similar way many of Gaga’s statements are a mix of androgynous individuality and sexually or religiously provocation.

But the similarities run further than their art and style. Below is a list of the personal similarities between Madonna & Lady Gaga courtesy of Squiddo.

In terms of how Gaga compares to Madonna artistically is a matter for debate – a matter often influenced by the age of the opinion holder. For an interesting debate on the validity and use of religious and other symbolism see the debate bewteen  Mark Judge and Mathew N. Schmalz.

I found a nice post over at YPulse with a conversation between Gen Y and Gen X about relationship of fans to pop music stars which used Lady Gaga as an example of the new paradigm. I encourage you to read the post (not long) or I have included some highlights of conversation below.

“I’ve been thinking about the tribe of Lady Gaga, or as she lovingly calls fans, her “Little Monsters.” What’s struck me most with the connection between Gaga and the Monsters compared to pop icons of the 90s is the move from idolization (“We’re not worthy!” as Wayne and Garth would say) to a dynamic that seems based on a more mutual adoration.”

“For young music fans as a whole, expectations have changed dramatically, and the standards for authenticity when it comes to loving an artist (vs. just enjoying) are higher than ever before. This is true across all genres, but especially for those on the peripheral like alternative, now indie kids.”

“In some ways, Gaga’s style feels inspired by my 80s idols. It’s as if her always-changing look was somehow inspired by the different phases of Madonna, Prince’s Revolution, Michael’s glove and Cyndi’s hair styles. We ran out and faithfully bought our rubber bracelets, parachute pants and Choose Life shirts, but you’re right, Gaga fans represent a new dynamic of mutual adoration.”

“The internet completely undercut what used to be the big media marketing machine (as you point out with MTV, radio, etc.), making it much harder to become the kind of icons we grew up with, but for those who do break through (Gaga, Bieber), their fame is often fueled by fans who have grown up with an expectation of “mutual adoration” with all the social media bells and whistles. The internet also made the way artists communicate with fans — even if it’s millions on YouTube or Twitter feel much more intimate and personal.”

There is something different about the way technology has a generated a different dynamic between stars and their fans, particularly the teenage fans.  Lady Gaga’s “Little Monsters” label for her fan base is definitely a powerful symbol of group identification. Her references to her monsters as her inspiration and encouragements for them not to be scared of being different (because she was) understandably strike all the chords for teenagers wrestling  with the insecurity of identity formation.  The use of social media adds proximity to the powerful sense connection fans feel to their idol / heroine / fellow monster.

I’m interested in what others make of the Lady Gaga phenomena and what it tells us about the generational differences. 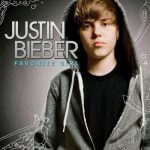 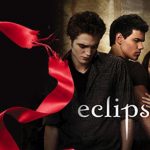