Getting Teenagers To Do Housework

This weeks statement of the obvious: Teenagers don’t like doing housework! (Who does?)

If the previous statement is true, then it would appear that teenagers may be getting their own way more and more.  A recently released Australian study found the amount of time teenagers spend contributing to household chores has dropped significantly over the last 18 years.

There could be many reasons for this.  Teenagers might be getting smarter and more cunning. Technological advances may mean there is less time needed for housework.  People are living in smaller houses and making less mess.  Or perhaps a  more plausible reason is that parents are choosing to opt out of getting teens to contribute and find it easier just to do it for them.

What The Research Says

The study, which was published in the Australian Institute of Family Studies journal Family Matters, analysed the contribution of 7000 15 to 19-year-olds. Using data compiled by the Australian Bureau of Statistics time-use surveys from 1992, 1997 and 2006,  the researchers found that teenagers’ overall contribution to household work was small and getting smaller.

Researchers noted there was greater gender equality in the teenage contribution to housework with “girls becoming more ‘domestically useless’ like their brothers, rather than in boys doing more.”

Some of the findings from the research were:

Why Housework is Important for Teenagers

Mutual Responsibility – Contribution to household work is an important means of modeling and teaching teenagers what it means to belong to a family and a community. For the household unit to work all members need to contribute.  Satisfaction is more evenly distributed when responsibility is equally shared and active concern demonstrated by all members.  Household chores not only get practical things done, they demonstrate what it is to belong and contribute.

For this reason chores should not be linked to allowance or enforced with punishment. Being a responsible family member should not be offered as choice, rather communicated as a must. When linked to allowance a teenager can choose to pay to avoid work. Similarly the punishment may not be as bad as the chore so a teenager chooses the punishment. While there is a cost to the teenager in both cases, there is a cost to the family also. More over there is an unhelpful message – housework is about you and your choices.

Contributing to the household should be presented as a message of mutual concern and shared responsibility.

Life Skills ­– Way to many teenagers, or young adults these days, leave home without having a clue how to cook or clean. This epidemic of domestic helplessness is easily curtailed by delegating basic household tasks to teenagers as they get old enough to handle it.  There is nothing stopping teenagers learning to cook at least one meal a week for the family, or learning to do a couple of loads of laundry a week.  When parents choose the easier path by doing everything for them, they set teens up to walk the harder path later when they leave the nest.

How to Get Teenagers Doing Chores

Start early – Many parents don’t require kids to contribute to household chores until they enter adolescence. Unfortunately this makes the task harder.  Teenagers are naturally resistant to authority, introducing a new parent enforced requirements will be met with resistance.  If teens have grown up with the expectation as normal they may still start to resist, but it will be a lot easier for a parent to manage.

Be Clear – Make sure your teen knows exactly what is required. This means clearly define the nature of task, show where things are that might be needed, and clearly state when, or how often, it needs to be done.  If a task needs to be executed in a particular way, like operating the dishwasher correctly, make sure you demonstrate exactly what needs to be done. For young teenagers a visible prompt, like a roster on the fridge, is a big help.

Co-operative Compliance – Teenagers will always need something from their parents.  Parents can model family and household co-operation as a two-way deal by agreeing to a teenager’s request for help on the condition an as yet un-completed chore is done.

Consequential Learning – This one is real simple. Make part of their contribution to the household something that they also need. If the chore is not done then they share in the consequences of it not being done. For instance making kids responsible for part or all of their own laundry means if they don’t do their chores they have no clean clothes.

Be Consistent – If a chore is important and getting it done matters to the family then it should be treated as important all the time.  Parents need to be consistent in enforcing requirements for chores to be done. If teenagers get the message that sometimes a chore matters and other times it doesn’t they will quickly choose to hear that it never matters. Once this happens getting done will be tiresome and drawn out process every time.  Be consistent. If it matters, it matters every time.

Negotiate – As suggested earlier contributing to household duties should not be seen as an option, it is a “must” like showering and homework. But teenagers like to feel like they are dong things based on independent choice, not external compulsion.  So while the chore may not be negotiable, how or when is carried out might be.  Negotiating with the teenager in terms of timing or method gives the teenager a sense of independent choice in the completion of the task, and if the end result is satisfactory to you, then you have removed a significant barrier.

Show Appreciation – None of us like to be taken for granted – even in the little things.  This is especially true of teenagers who will feel like they deserve the noble prize for every contribution they make.  It is helpful to acknowledge and thank teenagers from time to time for the contribution they make. Particularly express how their contribution contributes to the family life together, and thus re-enforce the message of mutual responsibility. 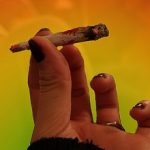