There is a lot to be said for changing perspective.  Observing an object or issue from a point of view that differs to our normal frame of reference can completely alter our perception.  We might discover previously unseen facets, have our perceptions altered, or be challenged to think in new and fresh ways.

Recently I came across survey results which offered a new perspective for me, and consequently opened up a new line of thought previously unexplored in my little mind. I have done my share of reading and thinking about Generation Z and Digital Natives. I have read what a lot of the experts and pundits have to say, and followed the debates and theories as they have developed. Yet this research provided a fresh perspective for me. Rather than engaging with what adults think about how today’s teenagers will embrace technology in the future, this study actually presented the thoughts of the teenager’s themselves and how they perceive their future and the internet.

Earlier this year (2010) Habbo Hotel conducted a worldwide survey of over 49,000 teenagers aged 11 – 18 and asked them to share their predictions of how the internet will shape content consumption, online safety, language and education in the future.  The results aren’t surprising, but they are interesting. Some of the feedback captures current behaviour, but respondents are also asked to offer their own predictions of the future – this is what I found stimulating to think about.

It should be noted that Habbo Hotel is an online virtual world and the survey polled teenagers online. So although the sample size (49,000) is large, it is skewed towards teens who are active on the internet.

Respondents were asked about how and where they access media content.  What became clear is that digital native teenagers have become very accustomed to consuming free content, sharing content online, and can’t live without their TV.

The majority of teenagers surveyed were unable to imagine a world without traditional TV or radio.   TVs and mobile phones were the devices that Generation Z would be most upset to live without – ranking higher than content streaming or the downloading of MP3s.  However the same cannot be said of print media:

As adults we are obsessed with teenage safety online, and there is no shortage of data about teenage perceptions and safety practices online. It is still worth noting that a majority of teens in this survey consider online safety to become more important in the future:

For Generation Z, interacting online is second nature and is as important as interacting in the real world. Interesting to note the thoughts teens have on the use of virtual worlds in everyday life:

Generation Z are also at home learning in an online environment. This results shouldn’t surprise but should be treated cautiously. Preference doesn’t always equate to competence. So although teenagers prefer to learn online we should not assume they have a well rounded skill set to do so effectively.

Mobile and online communications have generated their own language. it is interesting to discover what teenagers think about the protocols of using this language outside the online environment:

Surveys like this prompt us to consider teenage expectations of technology and to take on board their thoughts on their future.  It might be easy to dismiss such predictions because the young don’t known what they don’t know. However maybe they can see something from their point of view we can’t. 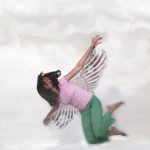