Stop the presses! Amazing news! Justin Bieber has done it!

Done what you may ask?

The 16 year old Canadian sensation racked up more than 246 million views of his music video Baby on Friday, eclipsing Lady Gaga‘s Bad Romance which had a mere 245.6 million views.

Maybe this doesn’t leave you in a state jaw dropping wonderment, but there was much excitement in many circles over the weekend as Bieber rose to the top of the internet’s ultimate pop culture chart.

In  true Bieber style the King of Twitterdom  tweeted a thank you to “Beliebers” and said the video’s success was “crazy.” The singer wrote: “I started on youtube so … WOW!”

Lest the Prince of Puberty be considered arrogant or disrespectful he made sure to tweet homage to the vanquished  Lady Gaga who he regards as “an incredible artist who (I) have great respect 4. and her vid is incredible. So it doesnt matter who has more views what matters is that we have incredible fans that support us…that im sure we are both greatful [sic] 4,”

I have posted the ‘history making’ clip below if you want to see what all the fuss is about (warning if you are over 16 you may struggle to appreciate it!)

The music may not be that interesting, but the attention this story generated is.

It is no surprise that these two stars that are battling over number one on Youtube . They are the pre-eminent examples of pop success in the digital age.  Social media has been the mainstay of their publicity, and their instrument of choice for building mass followings.

Bieber’s career started on Youtube. His fan base has been cultivated and grown through a constant and strategic use of Twitter.

Lady Gaga, while not discovered on Youtube, has used social networking as a means of gathering her followers and giving them a sense of identity and belonging.  While Bieber may have taken the number 1 spot on Youtube, Lady Gaga recently became the first living person to have more than 10 million fans on social networking site Facebook.

That these ratings are now noteworthy suggests that the shift in pop culture created by the social media and web 2.0 revolution is becoming an entrenched facet of the entertainment landscape (at least for now).

Just as the radio and television extended the democratisation of popular music to include teenagers, the emergence of social media has taken this process to the next stage.

Late 20th century pop charts were controlled completely by record companies and radio stations. Chart success was based on sales that were primarily influenced by airtime.

The game has changed however with the widespread access young people now have to the Internet and social media. The consumers can now create and choose their own play list from a nearly infinite pool of choices and styles. Choices and influence are no longer governed by the discretion of mass media corporate, but rather by the recommendations and influences of friends and strangers who encounter each other in the global gathering places the Internet affords.

Teens no longer need money to influence the charts. All they need is an Internet connection and access to Youtube.  Love struck girls or die-hard fans no longer rely on limited press releases and occasional public appearances to connect with their idols. Rather a daily diet of personal commentary and disclosure is available from the stars themselves around the clock – all they need is access to Myspace, Facebook, or Twitter.

Fans: From Belonging to Participation

Being a fan has always been about belonging. But now it is more. It is about participation.

Participating with a community of worshipers, a tribe of followers, a family of little monsters!  It is participation enabled by technology providing fans the opportunity to have a presence and access.

Participation requires proximity.  A fan can have their photo on the same page as their idols.  Their comments can be read and responded to by not only the global tribe, but also the head of the tribe. It is not the passive identification symbolized by a poster of their idol on the bedroom wall, but the active engagement of their own photo and words on their idol’s wall.

While the modern age of record company domination is still alive and well, a new age is dawning.  It will be interesting to see the full effects of social media and mass entertainment.

Likewise it will be even more interesting to observe how those who grow up with the ability to participate with pop culture tribes begin to view and engage with other traditional places of belonging.

I’m interested to know what others are thinking about this, or may have observed. 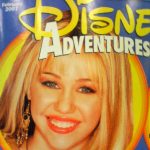 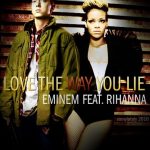 What Are Eminem & Rihanna Saying About Domestic Violence?Pop Culture, Relationships