So I thought  a brief update on some of the more popular Apps teens, and adults, are downloading at the moment might be helpful.

Most Apps popular with teenager’s are either for play, connecting with friends, or both at the same time.

Sharing ‘life’ is not limited to texting, of updating a Facebook status. Teenage users , and some of us a bit older, are opting for free apps which can be used to take photos/film videos, edit them and then upload them to social media sites such as Twitter and Facebook.

Of course there are games. But more and more games on mobile devices are also a means of connecting with those in your online space. The days of trying to beat your own highest score are fading, as app based  game platforms are built around competing against your friends.

Things to note about Apps for those not in the smartphone world.

So it is worth doing your homework before allowing your teen to go App crazy.

Warning, the games and apps listed below are highly addictive.

A very popular at the moment. It’s an online version of Pictionary, where you invite friends on Facebook to compete. Each round you are given 3 words to choose from of which you must draw. Your opponent must guess correctly so that both of you can receive coins to purchase additional colour palettes. Fun for any age.

Still as popular as ever, this app is about sharing photos. Similar to twitter, you follow people and they follow you. New photos show up in a ‘news feed’ where you can comment and like photos.  You can also view popular photos and have the option of making your photos public (everyone can see them) and anyone can ‘follow’ you. It’s a good idea to consider privacy settings as once photos are uploaded anyone can have access to them.

This is fun and easy to use. Upload a photo of yourself or a friend by either taking a photo or using one from your photo library, line up the eyes and lips with the prompter, press a button and the photo of you or the person you uploaded will appear as a person 50 years older! By touching the screen the face will react. It’s fun and kind of scary!

‘See music play’. The latest music videos are at your fingertips, including vital clips like ‘One Direction’s tour diaries’, which is sure to be top of their viewing list!

One of the most popular apps. Who would have thought that flinging birds, using a sling shot, at towers filled with pigs in them would be a hit? But there is a story behind it and watching the intro clips is a must. Angry Birds in space is the latest and surely addictive.

Running away from ape like scary looking creatures, while collecting coins and achieving a list of objectives is the aim of the game. Players enjoy competing against each other in something called ‘The Game Centre’. The Game Centre has a number of games where you play a game on your own, while competing against players of your choice. Each week you are ranked according to how well you did in comparison to your ‘friends’. It brings out competiveness in an online community of players.

The aim of the game is to collect coins to purchase items and to complete missions, while avoiding zappers and missiles. You’ll have some help along the way with different types of ‘vehicles’. It’s relatively easy to complete missions. Also part of the Game Centre, which means you can compete in an online community.

A game of strategy where you are given and can earn particular plants which have different abilities. The aim of the game is to protect your house so that zombies don’t eat your brains. The Zombies’ voices can be kind of annoying if you play for too long.

Is a Scrabble-look-a-like that is probably more popular amongst older teens. It enables you to play your Scrabble type games against your friends or strangers.   Some versions are accompanied by open chat. A game that educational value.

There is no educational value to this one, but it is fun! This app lets users create Hollywood special effects on top of a video taken by using their iPhone’s camera. A safe way to blow each other up.

So there you have it, 10 popular apps that teenagers (and some adults) love. 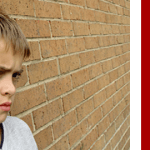