Teenage friendships are never boring.  There is rarely dull moment. It seems drama, or melodrama, is never far away.

Amongst all the ups and downs have you noticed that your teenager seems to mention one or two people more than most when discussing the latest relational disturbance?  Is there always one name that seems to accompany your teen being upset, angry, annoyed or in some sort of trouble?

Does your teen have one or two friends who make you think “With friends like these who needs enemies?”

The reality is many teens have friendships that are best described as toxic.  That is a relationship that is damaging or poisonous to your teen.

These toxic friends are known as Frenemies, and can cause your teenager a great deal of grief and anxiety.

Learning to spot and help your teen deal with a Frenemy is a really valuable way parents can invest in their teenager’s well being.

What is a Frenemy?

Friendship expert Dr. Irene S. Levine, Professor of Psychology at NYU Langone School of Medicine, defines a frenemy as “someone with whom you have an ambivalent friendship.” She describes a frenemy as being a person who “seems to be a friend, but then has periodic or frequent lapses in behavior that are antagonistic or undermining.”

Frenemies are those people in your teenagers life you have the title “friend” but actually instead of being a source of support and encouragement are in fact manipulative, unkind, and critical.

How Can You Spot a Fenemy?

One day they will be pledging undying friendship for your teen, then the next they will host a social event and go out of their way to let your teen know she is not invited.

These are the specialty of the Frenemy.  A backhanded compliment is when a compliment is used to convey a negative.  Comments like “That really suits you, so much more than what you normally wear” or “I love how you don’t care about the way you look.”

Going behind your teenager’s back and spreading untrue or unkind stories is another Frenemy behavior. Be it taking something that was shared in strictest confidence and telling exactly the wrong people, or making up something that is completely untrue, the Frenemy has scant regard for your teen’s reputation and privacy when it comes to furthering their own agenda.

A Frenemy is always keen to point out when they have won, and your child has lost.  They will use your teen’s failures as a source of affirmation about themselves.  Some frenemys will even take on tasks or pursuits for no other reason than they want to do it better than your teen or other peers.

Your teen will have caught out a frenemy telling untruths on more than one occasion.   These untruths will usually cause some degree of inconvenience or distress to your teen.  Usually a frenemy will deny ever telling or perpetuating an untruth, and do so quite blatantly.

What To Do If Your Teen Has Frenemies?

In an ideal world your teenager will work out by themselves that their supposed friend is not all that helpful and take steps to end or reduce the closeness of the relationship.

In the real world sometimes parents might need to provide some gentle guidance.

One way to raise the issue is to point out the effects of the friendship on your teen that you observe.  For instance you could say something like “I have noticed recently that whenever you spend time with (frenemy name) you end up feeling upset or angry. Why is that?”  This type of statement doesn’t cast accusations on either your teen or the friend in question, instead it focuses the conversation on the outcomes of the relationship.

Often teens will be unwilling to end a friendship with a Frenemy, because despite the grief caused the person is important to them.  In these instances encourage your teen to think about what behaviours they find unhelpful and work out a way to get them to stop it.

This might require your teen being assertive and speaking up next time an incident occurs. This takes a lot of courage and your teen will need a lot of support.  Sometimes there can also be retaliation if the frenemy doesn’t take the rebuke in a good way.

Another strategy is to encourage your teen to spend more time with their friends who are helpful and affirming.  Invite these friends to spend time in your house, or steer your teen towards social and recreational activities that will give them more exposure to these positive friendships.

Whatever you do, don’t ban or forbid your teenager from spending time with a specific person.  This will usually achieve the exact opposite of what you want.  Working with your teen to help them develop their own strategies is a much more effective method, and it equips your teen with valuable skills for life.

Have you come across the Frenemy issue with your teenagers?  How did you deal with it?  Please share your experience and ideas in the comments section below. 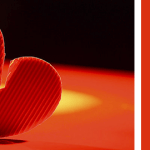 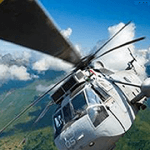