The Pornification of Generation Z

Teenagers have always been, and will always be interested in sex. It is a natural curiosity associated with growing up.  I am sure all of us have tales of sneaking a peak at an adult movie or magazine, or taking more than a passing interest in a mainstream movie sex scene when we were growing up.

However somewhere along the line highly sexualised images and concepts ceased being confined to brown paper bags, mail order videos, or adult theatres, and broke out into mainstream culture.

The issue came to prominence again in Australia last week with reports that increasing numbers of teenagers under the age of 16, some as young as 12, are attending beauty salons to get brazillian waxes.

Yet this is just one story in what is an increasingly popular trend.

The Pornification of the Mainstream

One doesn’t have to look far to see how highly sexualised mainstream culture has become.  Whether it is sexed up Bratz dolls or the term “cougars” becoming more common place in the English venacular as a reference to female sexual behaviour than a species of large cat.

Every weekend on free to air networks in Australia kids can watch PG rated music video shows with highly sexualised images and lyrics like those to the song Take Your Shirt Off by T Pain ”I know you don’t care when your titties everywhere, homegirl . . . Take your mother-f—g shirt off, hey.”

Earlier this year in the UK a report titled the “Sexualisation of Young People” found that mainstream culture was saturated with highly sexualised images.

Author of the report Dr Linda Papadopoulos concluded that while “sexualised images have featured in advertising and communications since mass media first emerged, what we are seeing now is an unprecedented rise in both the volume and the extent to which these images are impinging on everyday life.” The report found that because of this proliferation young people “are facing pressures that children in the past simply did not have to face.”

Music producer Mike Stock (part of Stock, Aiken and Waterman) has recently identified mainstream video clips as pop culture “sexualising” children. “Ninety-nine percent of the charts is R ‘n’ B music and 99% of that is soft pornography. Kids are being forced to grow up too young” he claimed early this year.

There is little dispute that the internet has provided unprecedented access to a virtually endless stream of pornographic material.  The sheer volume of content and widespread viewing must be having an affect.  Below are some figures collected from various news sites on the internet:

While reliable data on teenage viewing habits is hard to obtain due to legal restrictions and the honesty of teen self disclosure, there has been some telling findings.

Other research has demonstrated similar trends. In its report on pornography the Witherspoon Institute sites research carried out amongst US college undergraduates which found 69% of male and 10% of female students viewed pornography more than once a month.

According to a 2007 study from the University of Alberta, as many as 90% of boys and 70% of girls aged 13 to 14 have accessed sexually explicit content at least once.

Canadian researcher Sonya Thompson, from the University of Alberta in Edmonton, found in her research of teenagers that 90% of males and 70% of females reported accessing sexually explicit media content at least once. Of those surveyed 74% reported viewing pornography on the Internet.

Amongst the many harmful effects such a sex saturated culture is having on our teens are:

Adults need to take responsibility to educate and guide future generations.  Some simple things that parents and adults can do are:

A significant step adults can take is to educate their teens in media literacy.  Helping teenagers to deconstruct the images and stories they encounter is crucial to help them survive in the current environment.  The Center for Media Literacy suggests using “Five Key Questions” to deconstruct media:

1. Who created this message?

2. What creative techniques are used to attract my attention?

4. What values, lifestyles and points of view are represented in, or omitted from, this message?

5. Why is this message being sent?

These are a great start.  If you would like to learn more about media literacy I recommend browsing through the  following blogs:

If you have other thoughts or resources please share them with us in the comments below. 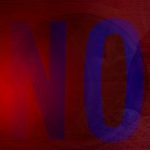