The saying goes you that you can choose your friends but you can’t choose your family. When it comes to teenagers this saying takes on a whole other level of significance.

When talking about teenagers it doesn’t long before the subject of friends and peer groups comes up, sometimes in a good way, other times with that concerned, arched eye brows, shaking the head way.  Whether we like it or not friends and peers play an important role in growing up.  Understanding the place of peers in a teenager’s life is an important  factor in being able to connect and build healthy relationships with them.  This post seeks to give a basic introduction to the place of peers in a teenager’s life.

One of the main tasks of adolescence is to establish an identity as an adult.  Part of this identity is called social or relational identity.  Our social identity is our understanding of who we are in terms of where we belong in the world and who we belong to.  This sense of having a social place that we identify with is crucial to our self concept.  Be it family, friends, teams, groups, clubs, associations, tribes, gangs, communities, neighbourhoods, or just having mates – part of being human is being in relationships with others.

As children the primary relationship we have is with our parents.  They are the most significant others in our life.  At the start of adolescence our social or relational identity has parents right at the centre of it. That is-parents are a major source of our understanding of who we are are, and  where we belong in the world.

Think of the diagram below representing (very simplistically) an adolescent’s sense of self at the end of childhood – parents are right in the centre and make a up a big part. 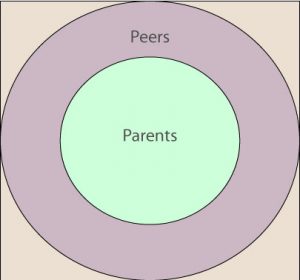 Part of becoming an  adult is being able to separate – or individuate-  ourselves from our parents.  We have all done to it to varying degrees. Basically this means taking parents from the centre of our relational and emotional lives and finding others who will form a central part of who we are as an independent adult. This reorganising of the social networks and relational priorities can be confusing and painful for all involved, but are necessary.

As mentioned in another post this process does not mean that parents become insignificant, nor does it mean that parents stop being an influence in their child’s life. Far from it.  Parents have an important role to play in the growth and development of their teen throughout adolescence and into adulthood.  Studies have shown that teenagers who feel a secure connection with their parents are better able to disengage and form healthy relationships in the rest of life. In fact parents are more likely to influence their teenager’s choice of study and career than peers are.  Likewise mothers seem to always have an influence over relationship choices.

As teenagers move away from having parents at the centre of their relational world they begin to allow their peers to take that place.  This process is extremely significant in learning how to relate and communicate as an adult.

What is particularly significant about the role of peers in forming social identity is that the relationships are based on equality. Unlike with parents where the child has less relational power than the parent, as peers teenagers approach relationships as equals.  It is in the context of this equality and relational symmetry that teens learn what it means to relate to others.  In this way peer groups are like relationship laboratories where teens experiment and learn about issues like trust, intimacy, respect, disclosure and acceptance as an autonomous (not linked to parents) person.

As teens enter further into the middle and late stages of adolescence peers become central to their social understanding of who they are.  This is why for teenagers the opinion of their friends matter so much.  It is also why time spending times with their friends is so important to them, because they are needing to reinforce and secure their own sense of who they are.  Hanging out with friends is about confirming  for the teenager who they are and that they have somewhere to belong in the world. 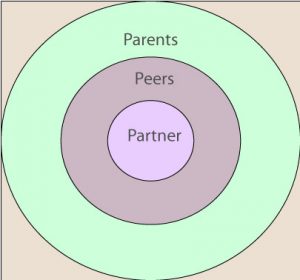 The diagram opposite gives a simplistic representation of a person’s social identity network by the time adolescence is completed.  Note that ultimately peers are only a stepping stone to finding a partner who becomes the core to understanding who we are and where we belong in the world. Relationships in adolescence is very much the journey from the diagram earlier in the post to this one.  Teenagers gradually discover other people to rely on, and relate to, in a way that previously was reserved for parents.

This journey and selection of friends and partner is obviously very important .  Adults, particularly parents, need to be both aware and sensitive to this process.  Adults do have the ability to influence and direct these relational decisions, but it is an influence that should be exercised carefully and with an awareness that you are walking on sacred ground. 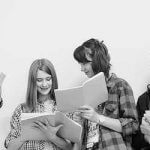 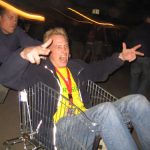