Have you ever thought your teen’s mobile phone has become somehow anatomically attached to their body? Do you ever worry that the amount which they text might be dangerous?  Well your fears may be well founded. Apparently mobile phones put teens at risk of developing all sorts of disorders.

A study into youth communication habits identified the risks teens face from texting excessively every day, including  “repetitive thumb syndrome”.

The Dangers of Texting

According to figures released by Boost Mobile revealed that the number of texts sent by Boost Mobile customers in the 14-18 year old demographic had increased more than 89 per cent in the past two years. One teen in particular sent more than 4000 texts in nine days.

Jennie Carroll, from RMIT in Melbourne, has studied of the effects of modern communication and identified four distinct disorders.

Texaphrenia: Hearing texts or imagining the vibrations of the mobile when none occur and also constantly checking the mobile for text messages.

Textiety: The anxiety felt when some time lapses and no text has been received, or when the teenagers are unable to send out messages.

Post-traumatic Text Disorder: Physical and mental injuries from texting, like walking into things while texting (like a pole) and even crossing a road without looking (like teenagers need a phone to do that). Apparently there have even been reports from Japan of repetitive thumb syndrome.

Binge Texting: Sending out multiple texts to give a boost to their self confidence that they have a lot of friends – unless of course they get no response at which point they will develop Texiety.

What It Really Means

While the names of the disorders are not actual clinical terms and somewhat tongue in cheek, there is apparently evidence that points to the symptoms they describe as being actual phenomena. Teenagers have been shown to exhibit  addictive and anxiety related behaviours in relation to their mobile phones.

The apparent disorders are linked to a 2008 report from the School of Psychology and Counselling at the Queensland University of Technology where it emerged that some young people are extremely attached to their mobile phone with symptoms of behavioural addiction revealed in participants’ descriptions of their mobile phone use.

When considered from an adolescent development perspective these types of problems are not surprising.  Peers are very important to teenagers.  The need to know what is going on, and to constantly affirm important relationships, is typical teenage behaviour. The fear of being left out is not new, mobile phones are just another medium in which it can manifest.

Other research has found the brain processes texting and twitter type communication like an in-person connection. The hormone oxytocin, which is associated with feelings of empathy, generosity, trust, compassion, is increased through electronic messaging. So the relational connection made via the technology is enough to satisfy the social drivers in our brain.  Is it any wonder teens love using this technology?

If electronic communication is a viable substitute for face-to-face connection, and teenagers need to feel connected, then of course text messaging and instant messaging will become an addictive like behaviour.  What is important to remember is the technology does not create the need, it merely gives it a means of expression.

This happens for adults too. Take a look at a recent study about adult women and their Facebook usage.  Nearly 40% claim to be addicted, with more than a third needing to check Facebook before going to the bathroom in the morning. Women have always been relational, now technology affords them another opportunity.

Technology is not the problem or the cause. The drivers are normal human behaviours. New technology has merely created new forms of expression.

This website uses cookies to improve your experience while you navigate through the website. Out of these cookies, the cookies that are categorized as necessary are stored on your browser as they are essential for the working of basic functionalities of the website. We also use third-party cookies that help us analyze and understand how you use this website. These cookies will be stored in your browser only with your consent. You also have the option to opt-out of these cookies. But opting out of some of these cookies may have an effect on your browsing experience.
Necessary Always Enabled
Necessary cookies are absolutely essential for the website to function properly. This category only includes cookies that ensures basic functionalities and security features of the website. These cookies do not store any personal information.
Non-necessary
Any cookies that may not be particularly necessary for the website to function and is used specifically to collect user personal data via analytics, ads, other embedded contents are termed as non-necessary cookies. It is mandatory to procure user consent prior to running these cookies on your website.
SAVE & ACCEPT
How Branding Is Shaping Teenagersgenerations, Teenage Health, Trends 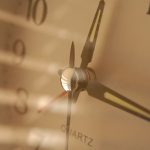