Teenagers and Self Esteem: Key Factors

Our self-esteem, the general self evaluation one makes of oneself, can vary throughout life – particularly during major life changes. It’s no wonder then that during the changes and challenges of adolescence there can be significant fluctuations in a teenager’s assessment of their own self-image and/or self-worth. My next couple of posts will be dedicated to addressing the issue of self-esteem in teenagers and what can be done to encourage healthy self esteem.

It is estimated that up to a half of adolescents will struggle with low self esteem, many of these occurrences during the early teen years (ACT, 2003). However measuring and evaluating self-esteem is far from an exact science, and as with many fields of research there is plenty of contradictory studies and findings. Although studies may show self-esteem levels drop it does not always mean they become unhelpfully low; they just are lower than previous levels. The discussion in these posts is based on commonly accepted and respected research with the added filter of my own professional experience over many years of working with teens.

In this first post we will look at factors of adolescence that are closely linked with altered levels of self-esteem. In the next post we will examine how to encourage a healthy self-esteem in teenagers.

One of the most significant periods for increased rates of lower self-esteem is the transition from one stage of education to the next. The most observable of these is the transition from primary (elementary) to junior high or middle school. Research has shown that between the ages of 8 and 13 teens self esteem levels drop markedly, girls more so than boys (Rhodes et al, 2003; Robins et al 2002).

Going from being the eldest kid in the playground who is very familiar with the environment to being one of the smallest with high levels of uncertainty and anxiety can be a real challenge for many teens. This change in status and comfort level is often internalised by the adolescent as a sense of being inadequate or inferior – resulting in lower self-esteem.

Similar drops in self-esteem level also occur frequently in the transition from junior high to senior-high, and from senior high to university or college. This will often be the case for teenagers who do not have a strong sense of identity – an understanding of who they are and/or what they want to do. The confusion generated by the range of extra choices and increased significance of the decisions to be made can cause older adolescents to feel inadequate and ill equipped. There is also a suggestion that this rate of low self esteem in transition to tertiary education is due to generations of children receiving significant degrees of empty or false praise growing up.

Self-esteem is affected by transitions to larger population groups where talents and abilities previously thought to be personal strengths, may appear inferior relative to the larger group. For example a teen may have been in the top 2 or 3 football players in their year at primary school and believe they have an above average ability. However amongst a larger group of students at high school their relative standing as a football player may appear to be average as they are now in a group with a higher degree of talent.

For teenager’s, girls particularly, the social pressures exerted by constant media messages about the perceived ideal body type can cause significant levels of dissatisfaction about their body. This is compounded by increased anxiety in relation to the changes that are occurring within a girl’s body and the constant subtle and, not so subtle, comparisons to peers and others.

Strong relational and communal networks are important co-relational factors for teenagers who have healthy self-esteem. Having a strong bond with family and feeling secure and loved definitely mitigate against low self esteem (Baldwin & Hoffman, 2002). Indeed in studies done amongst teenagers from both upper and lower socio-economic backgrounds, strong family units were found to have protective benefits for a teens self esteem (Rhodes et al., 2003). For this reason when teenager’s experience the divorce, separation, or death of a parent it can result in significant loss of esteem.

Of course peers also play a pivotal role in adolescent self evaluation. Teens use peers as sounding boards and talking mirrors to provide feedback about who they are and what they a doing well or poorly at. Peer groups also provide a significant sense of belonging and self worth for teens. To be rejected by a peer group, or to never be established within one, can have serious effects on a teenager’s self esteem.

There is often a significant difference between male and female self-esteem levels during adolescence. The most common difference is males tend to have higher levels of self-esteem throughout the teenage years. – and well into adult life. Generally speaking, when it does drop, males self-esteem will not drop as low as females, and similarly a males positive feelings about self are likely to be much stronger than a females positive self-esteem ( Robins et al., 2002).

A key difference between the genders is the effect of puberty on the body. Adolescent females have greater dissatisfaction with their bodies than do males (Harter, 1999). For many girls the physical changes associated with early adolescence often coincide with significant drop in self esteem levels (this is also compounded by puberty occurring during the transition from primary school). For girls the development on increased body fat and shape change can have a negative effect. Conversely for males the increase in muscle and strength can have a positive effect.

All of these factors are merely broad based findings.  There are many teenagers who will defy these findings, and the reasons as to why some teenagers show little change in self esteem while others fluctuate greatly are uncertain.

In the next post we will look at how to encourage healthy self-esteem within teenagers. 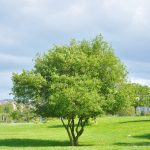