You wouldn’t have to be the parent of a teenager for long before you encountered statements from your teenager like “Johnny is allowed to stay up and watch (insert desired TV show/movie,)” or “Jenny’s parents said she doesn’t have to be home until…(insert desired time,)” or “Why can’t I stay home, I’m old enough to look after myself!”

Part of being a teenager is striving for the right to be a master of your own destiny. To be as grown up as possible, and enjoy all the freedoms you imagine that go with it (most are not as keen for the associated responsibilities of that deal).

Interesting new research suggests that it is not just biology that drives teens to seek more autonomy.  Teens tend to gauge what level of freedom they are entitled to by how much autonomy they think their friends of the same age have.

What The Research Found

Two new studies found that teens’ perceptions of peer freedom predicted their own desired levels of autonomy, and that teens consistently overestimated the actual levels of their peers’ autonomy, assuming that others had more freedoms than they did.

It has long been established that adolescence involves teenagers expanding their boundaries, but little has been known about how teens decide in which areas they want more autonomy. To answer this question, two studies were carried out at The Ohio State University — the first included more than 500 youths in 6th through 9th grades and in 12th grade; the second followed up on the 6th and 7th graders a year later, when they were in 7th and 8th grades.

The research found that teens used their peers as a gauge to figure out when and in what areas to seek more autonomy in their own lives.

“Although all teens’ decision-making autonomy increases, their experiences differ in when and how they develop that autonomy,” said Christopher Daddis, Assistant Professor of Psychology at The Ohio State University. “Practically speaking, it’s important for parents to understand that their children don’t have explicit guidelines that define the appropriate pacing of developing autonomy, but often rely on peers of the same age to gauge their own requests for additional freedoms.”

No big deal you might say. But here is the catch.

The research also found that teens consistently overestimated the actual levels of their peers’ autonomy, assuming that others had more freedoms than they did.

So teenagers gauge how hard done by they are by looking at how much freedom their friends have. But teenagers are always trying to look as grown up as possible, particularly in front of their friends. So you have teenagers boasting about exaggerated claims of freedom, which make their friends feel unfairly treated and in need of more liberties. In turn these friends go to their parents to ask for more freedoms because they think their friends have it.

Simply put, parents are victims of a vicious cycle of exaggerated claims and counter claims from their teenage children and their children’s friends.

What It Means For Parents

Given that a significant amount of the conflict that occurs in families with adolescents involves teenagers seeking greater freedom and more generous limits, this research offers a timely reminder for parents about being proactive in setting boundaries with their teenage kids.

Some things to consider are:

We have said it before on this blog, it is important to be clear and upfront about boundaries with your growing teen.  Anticipating and acknowledging your teenager’s growth by allowing more freedom and responsibility is important.

By negotiating these limits with your teen regularly you avoid the conversations where you are put on the spot and have to make up limits on the run.  Trying to be thought through and fair when making on the spot decisions is never easy, especially if your teenager is armed with claims of how good other kids have it.

Know Your Teenager’s Friends (and parents if possible)

The better you know your teenager’s friends the easier it will be to gauge what is really going on in regards to boundaries and freedom. Knowing the parents of your teenager’s peers will make this task even easier, and might even provide a reference point for your own decisions.

Don’t Be Swayed By Unproven Claims

Of course the obvious take home of this research is don’t believe everything your teenager tells you about how good their friends have it.  However as in most things don’t just dismiss your teenager’s view on their peer’s freedoms, ask probing questions, and demonstrate that you have heard their argument.  Of course the goal is to come up with boundaries that you can both live with. 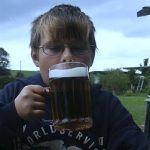 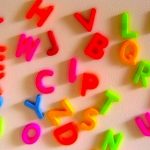 Organisation and the Teenage BrainDevelopment, Featured