Today’s kids are playing games on consoles, computers, portables and online more than ever before.

Remember when computer games were all about playing Pac Man or Space Invaders at the local  arcade? Or when the ultimate in home entertainment was having an Atari console? How about when things got really high tech and portable games came along and you could play Donkey Kong on two screens?

In case you are wondering those days a long gone.

The digital generation today have very different opportunities and habits when it comes to electronic gaming. These habits seem to becoming more and more entrenched with each passing year.

A report by M2 Research titled Kids and Games: What Boys and Girls are Playing Today is a new, confirms previous findings that Facebook is the preferred social network for teens and online social gaming is becoming one of the most popular past times for teenagers while on the net.

The survey of 5,000 children and teens throughout the US found that Facebook is now the favorite Web site among boys 8-11 and girls 12-15.  A strange fact given that Facebook is meant to have a minimum age of 13!

Online games are by far the most popular form of gaming for kids and younger teens. Of tweens aged 8-11, 91% of boys and 93% of girls play games online.

A similar survey by Roiworld earlier this year also found that online gaming was increasingly popular amongst teens.  The survey of 600 teens aged 13-17 found:

Other Forms of Gaming

Never fear the offline gaming market is far from lost to teenagers either. When it comes to other aspects of computer gaming and the digital native generation findings from the M2 report include:

There is also a gender divide when it comes to the devices games a re played on. Sony’s PSP is the most effected by the boy- girl difference. Only 17% of teen girls play games on the PSP compared to about 44% of teen boys.

In the hand-held gaming department Nintendo continues to be the device of choice for young people. However due to the iPad and the iPhone, Apple is becoming a significant player and is especially popular with girls. 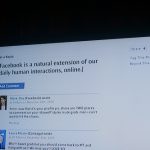 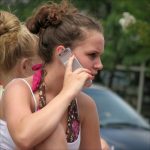