Does Your Teen Have an Eating Disorder? (i)

When I was a youth worker some of the most common issues I encountered when working with female teenagers were eating disorders. Eating disorders were also some of the least understood issues by parents and other concerned adults.

If you are from the majority of the population who have little or no understanding of eating disorders these couple of posts are designed to provide a brief introduction.

This first post will clarify what an eating disorder is and help you gain an idea of how common they are.  This is particularly important in relation to teenagers, as a majority of eating disorders begin during adolescence.

What are Eating Disorders?

Eating disorders are syndromes characterized by severe disturbances in eating behavior or excessive concern about body shape or weight. They come in various forms. The Diagnostic and Statistical Manual of Mental Disorders (DSM) defines three types of major eating disorders; Anorexia Nervosa, Bulimia Nervosa, and Eating Disorders Not Otherwise Specified (EDNOS) which includes Binge Eating Disorder.  These disorders are not necessarily discreet, with many sufferers having symptoms of more than one disorder.

Detailed below is the diagnostic criteria for each of the three recognised disorders.  Remember there is significant overlap of symptoms and many sufferers may develop symptoms from more than one disorder.

Eating disorder not otherwise specified includes disorders of eating that do not meet the criteria for any specific eating disorder.

Note that Binge Eating disorder is defined as uncontrolled binge eating without any form of compensatory behaviour such as laxative use.

Eating disorders can be further classified as purging or non-purging types.  Purging refers to acts that force the body to pass food more quickly than normal.  Purging activity commonly includes self-induced vomiting or the misuse of laxatives, diuretics, or enemas.

Who Suffers From Eating Disorders?

There are significant numbers of people from developed western societies who suffer from some form of eating disorder.

Those who are involved in athletics (running), gymnastics, modeling, ballet, male body builders/wrestlers have higher rates of eating disorders than the general population.

In the next post we will look at possible causes and symptoms of eating disorders.

Centre of Excellence in Eating Disorders

This post is general in nature and is not intended to provide personal medical advice.  If you have concerns please consult your local doctor or health professional.
Image by st4rbucks
Does Your Teen Have an Eating Disorder? (i)2010-06-292010-06-29http://understandingteenagers.com.au/wp-content/uploads/2019/02/ut-logo-design-02-copy.jpgUnderstanding Teenagershttps://understandingteenagers.com.au/wp-content/uploads/2010/06/Skinny-arm.jpg200px200px 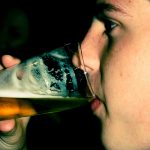 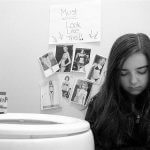 Does Your Teen Have an Eating Disorder? (ii)Diet, Teenage Health