Want to know what particular vice or psyhco-social problems the teen in your life is currently suffering, or about to suffer from, without spending a fortune on parenting courses, psychologists, or dvd box sets of Dr Phil?  Well read on and save your teen, and your money.

While conducting my daily scour of the internet I came across a 2008 report published in the Australsian Psychiatry journal about teenagers and how their musical taste was a key indicator of their particular psychological problems.

The good news is that teenagers who listen to hip hop are likely to be relatively less trouble than other teenagers (except that you have to put up with their hi- hop music).

The news however is not so good for the long haired, black jeans and t-shirt brigade, who listen to heavy metal.  Besides the obvious dangers of exposure to levels of white noise comparable with jet engines, and severe self-inflicted whiplash, apparently heavy metal fans are more likely to suffer depression, use drugs, and kill themselves.

For those parents of teeny boppers breathing a sigh relief, allow me to interrupt with the news that your pop-loving teen is struggling with what gender to love along with their pop. The reason they listen to pop-music is because they are generally conformists who naturally go with what’s popular, except on issues of sexuality where they are struggling with the notion of rejecting the ever so popular hetro-sexual craze for something more, how shall I say it, inner-city, lowercase, gay.

Of course those thugs into rap music are probably in a gang and mugging lovely old Mrs Smithers from down the street while you’re reading this. But given their increased chances of being arrested for theft and violence, at least they won’t be hanging around the house making a nuance of themselves with that terribly irreverent and offensive rap.

Unfortunately the same can’t be said for the jazz and blues fans.  If you were hoping this sitting in their room with headphones on listening to bizzare atonal sounds day and night was just a phase that will end when they fall in love and discover other pleasures, well I’ve got some disappointing news.  They are unlikely to ever find love because they will always be loners and continue to inhabit the same bedroom they currently abide in for the next 40 years.

It must be said that the research does not necessarily paint such an absolute picture of the cause and effect relationship between music and behaviour.  Researchers point out that music does not cause social or psychological problems, rather people with certain tendencies are more inclined to be attracted to certain styles of music and the associated sub-cultures.

In fact the unexciting headline truth is that for many teenagers their choice in music means  very little other than they like that type of music (but guys who like Kylie Minogue, come on, really?) So while some subcultures and the associated music is worth keeping an eye on, for other teens you might have to return to Dr Phil or quality blogs about teenagers to decode their inner workings.

Below are the cheat notes to the research mentioned in case you have concerns;

DANCE: Higher levels of drug use regardless of socio-economic background. 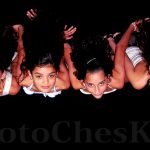 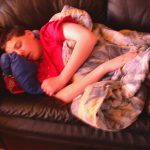