Part of  living in the digital world, that many teens inhabit, is learning the lingua franca, or native language.  Many of you may already be doing so and doing so very well – particularly if you regularly communicate via SMS or Twitter.  However for some of you the native language of text messages and chat rooms may still be a mystery.

I am sure there are others who know about this language but refuse to engage with it because of your concerns about literacy standards and the dumbing down  of culture.  The point of this post is not to explore those issues, although we will at a later date, this post is just a beginners guide for adults who have teenagers communicating with them in a language they cannot comprehend.

For those who where confused by the title of this post IM refers to Instant Messaging and SMS stands for Short Messaging Standard.  Both acronyms have become synonymous with text messages sent via mobile phones and internet chat sites. However the use of acronyms and abbreviations is very common in many online forums including chat rooms, social networking sites (Facebook or Myspace) and micro-blogging services (Twitter).  It has developed in these mediums as a form of shorthand  that enables communication to happen more rapidly and with the use of less characters – important for character restricted environments such as texting on mobile phones and Twitter. Such is the widespread usage of this form of communication some of these acronyms are now being used in everyday speech.

Keys to the Code

There are some basic principles to decyphering the IM code.  Common words are replaced with single letters or numbers:

The other basic key is that  each letter stands for the first letter of a word in a common phrase i.e. LOL means Laugh Out Loud.

To get you started below I have listed some of the more common IM terms with their normal everyday English  alongside.  This is by no means an exhaustive list and different groups of teenagers may have their own code.  But for those starting out here is basic list to get you started.

There is one more that is a personal favourite which I rarely get to use: 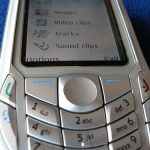 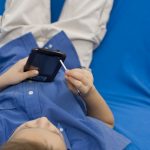