Does your teenager lie to you?

Research conducted by Dr Nancy Darling of Penn State University found that over 96% of teenagers tell lies.  Of 36 potential topics presented in the study, the average teen lies to their parents about 12 of them.

Teens lie to their parents about drinking alcohol, drug use, what music they listen to, how they spend afternoons, whether a party is being supervised, riding in a car driven by a drunk teen, what they spend their allowance on, completing their homework, whether they are dating or not, the clothes they wear when out of the home, the movie they’re seeing, and who they spend time with.

The chances are your teenager has told you lie at some point.  It is inevitable that from time to time all teens will be less than honest with their parents (How many of us can say we never told a lie to our parents?)

In the previous post we examined some of the common reasons teenagers tell lies.  Understanding why your teenager might lie is an important first step towards dealing with the problem.

In this post we will consider 8 different things you can do as a parent to reduce how often your teenager lies to you.  If you have some other ideas please add to the list in the comments section at the bottom of the page.

Your teen’s degree of honesty may reflect on your ability to communicate openly with your teen.

Honest conversations between parents and teenagers aren’t always easy, and will sometimes cover ground that can make parents uncomfortable. It sounds great to have real open and honest communication with your teenager, but this can actually create some sticky issues at times. What if your teenager wants to tell you that he drinks at parties? Could you handle it if your daughter told you she wants to go on birth control? How much honesty can you tolerate?

Many parents of older teens find the issues they confront difficult to manage, as the right way forward isn’t always clear.

Honesty is essential if you want to be a reliable resource for your teen, but this can be tricky. If you can’t tolerate honesty in all areas of life you will facilitate your teen’s need to lie.  If you can’t handle the truth, or are unwilling to have genuinely honest conversations don’t expect your teen to be honest in return.

On average adults will tell one lie per every 5 social interactions. Usually these lies are white lies intended to be polite and /or protect someone’s feelings.  Kids grow up watching parents lie and learn that lying prevents conflict while telling the truth can upset people. By the time kids become teenagers telling lies to keep the peace or avoid trouble has become second nature.

This is a challenge for parents.  Your children develop a baseline level of acceptable lies or half-truths by watching you and how honestly you respond to situations in life.

Expecting teenagers to open up and give you honest answers about how their day was or what problems they are facing can lead to disappointment if they constantly observe you cover up how you feel and respond with polite white lies.

Be Willing To Negotiate

I say this lot, but it is important. Being proactive about negotiating rules and boundaries with your teenager is one of the most effective ways to reduce negative relationship outcomes in families.  This includes dishonesty.

As discussed in the previous post one of the reasons teenagers lie is because they think parents won’t listen to them.  If a teenager believes the rules are unfair and there is no room to negotiate or make exceptions then the option to be deceptive and dishonest becomes their only choice.

If you demonstrate your willingness to trust your teenager by giving them more freedom they are more likely to act in a trustworthy manner.

Likewise when your teen comes to you requesting that an exception be made to a rule or a permanent change made to a curfew then it is vital that as a parent you listen to their reasons. Try to understand what is important for you teenager in this instance. What is at stake for them?

Once you have listened to them think about what is at stake for you and see if you can find a compromise with your teenager. There will be times when there is no room for compromise. But if there is never any room for negotiation, if your teen gets used to walking away empty handed, then you are setting them up to take matters into their own hands.

When teenagers believe there is no point asking or negotiating then they will remove upfront communication as a valid option and resort to deception and lying.

Getting angry is an inescapable part of parenting.  How you chose to express and manage your anger is entirely your decision.

When it comes to getting the truth out of your teenager anger ridden interrogation is rarely the most effective method.

It is perfectly normal to get angry when you realize your teenager is lying to you. By all means be angry.  But don’t use your teenager as a means of getting your anger out.  The results will be yelling, door slamming and an increased likelihood your teen will become more stubborn, more secretive and more prone to deception.

When you are feeling angry you will not think clearly, you will not listen well, and you are more likely to say things that inflame a situation rather than resolve it.

Take some deep breaths, count to 10, have a cup of tea, talk things through with your partner, pray for strength, or go for walk.  Do whatever it takes so that when you talk to your teenager about their lying you are able to do so in a constructive, clear, and calm manner.

Parents seem to love trapping their kids in a lie.  Knowing full well what their teenager has done, parents pretend to be ignorant of their teen’s involvement and ask a series of naïve questions giving their teen ample opportunity to trap themselves in a lie.

When inevitably the teenager does fail to volunteer the truth the parent then eagerly produces the condemning piece of evidence with a self-righteous and condemning tone.  Having been caught in the trap the teen has no option but to admit what has happened and then brace themselves for the lecture that follows.

Such tactics might be suitable for crime show detectives or people who need to prove how clever they are, but they are not helpful methods for developing open honest communication between family members.

If you want your teenager to be upfront and admit when they make mistakes then you need to be upfront when confronting them about a mistake.

The way parents respond to dishonesty can either encourage or discourage how truthful their teenager is in the future.

If punishment is out of proportion to the offense then a teenager will be more likely to lie about similar events in the future. Overly strict parenting or excessively harsh punishments might act as deterrents to certain offenses (although that is debatable) but they do little to prevent lying.

When a teenager is faced with the choice of telling the truth, and receiving what they believe to be an unfair of excessive punishment, or lying and avoiding a harsh penalty, they are more inclined to lie.

Fairness promotes honesty.  When discipline is measured, administered consistently, and consequential (linked to the offense) teenagers are more inclined to be upfront about what has happened.

Discipline also needs to be such that it does not punish truth telling as much or more harshly than lying.  Create incentives for teenagers to tell the truth, and disincentives for them to lie.  Let your teenager know upfront that if they are honest with you the consequences will be significantly less than if you find out later they are lying.

Calling your child a liar at any age does nothing to help the problem.  When young people are labeled they will live up to label.

If your teenager thinks of himself or herself as a liar then telling lies becomes an authentic facet of their self expression, rather than a vice to be avoided.

It is far better to name the “lie” and state what you know or suspect the truth is than to make the accusation a statement of character.

Pay Attention To What Teens Lie About

If your teen is honest most of the time but starts lying about schoolwork or exam results, what do you think might need to be addressed?

If you find out your honest teenager is lying about where they are going after school it might be worth finding out “why” they felt the need to lie about that activity (don’t assume the worst).

Dealing with the reasons behind the lies instead of just the lying is a more effective way to promote honesty and reduce lying.

So there you have my ideas on how parents can deal with lying teenagers.

It would be great to hear what others think also.  In the comments below please let us know if you have found other ways of dealing with lying. Or maybe you have some questions that this post hasn’t answered, why not post them below and see if other readers can offer some answers or insights. 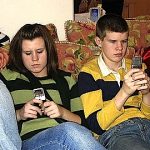 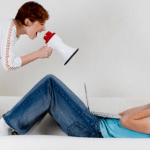 Getting Teenagers To Cooperate Without NaggingParenting, Relationships