Recently I have been doing a fair bit of reading about teenage self-esteem and resilience for a book I am writing.  Working through the material I have been struck by how many modern parenting practices are so focused on the well being of kids but are actually in danger of doing more harm than good.

In this post I have briefly outlined how 5 parenting practices are making teenagers less resilient.

Even though virtually everyone has heard of “helicopter parenting” and shakes their head disapprovingly, it doesn’t appear to be reducing the number of parents adopting the practice.

For the one or two who may never have heard of “helicopter parents” it is a term coined in the early 1990’s to describe the practice of over parenting. This style of parenting is named after a helicopter because these types of parents are always “hovering” over their kids as they grow up.

Parents who hover effectively become micro managers of the children’s lives.  They need to know everything that is happening at anytime in their child’s life. So they hover, constantly asking, prying, demanding, watching, spying, and most importantly directing the coming and goings of their child’s life.

How does a young person learn to become an autonomous adult if their parents continue to make all the decisions for them? How do young people learn about making their own way in the world if mum or dad is remote controlling them? Most importantly how do teenagers learn to take responsibility if they are never really given any?

The means by which teens develop the capacity to plan ahead and manage the daily tasks of modern living is through actually doing the tasks themselves.  When things are always done for them young people not only don’t learn how, but they don’t develop an awareness of why things need to be done.

Despite dropping rates of crime, decreased preventable disease and injury, kids today are allowed to take fewer risks than any other generation.  Parents spend an inordinate amount of time and effort eliminating all the possible dangers from their teenager’s lives.

Fueled by endless stream of news and mass media that learnt long ago fear sells, parents see potential danger at every turn.   Kids are being wrapped in bubble wrap in a vain attempt to keep them in mint condition, for who knows how long. As a generation of parents we are so obsessed with our children’s safety that we risk failing to equip them for life in the real grown up world.

In many ways the trend of preventing children from being hurt is actually exposing them to potential harm.

Raising teenagers who will grow up to be resilient adults, means bringing them up with capacity to manage risk, endure accidents, and overcome setbacks.  This doesn’t happen if they are kept in a bubble.

How do kids get better at picking themselves up? By getting knocked over.

How do kids learn to deal with pain? By getting hurt.

How do kids learn to evaluate risk? By being exposed to risk.

How do kids develop immunity? By being exposed to germs.

It is understandable in today’s world why parents are anxious; it is just unfortunate they express their anxiety by bubble wrapping their kids

What risks are you letting your teenagers take?

We all want to be successful in life in whatever way we define success. The only thing we want more than our success is for our kids to be successful. The two things are usually very closely linked.

This is why it is so hard for parents to let their kids fail.  As parents we have a deep need for them to do well. This need is partially focused genuinely on them, but it is also comprised of a less noble parenting trait; vicariously basking in, or taking credit for, our teenager’s success.

Teachers the world over, including university lecturers, regularly have cause to question the source of a student’s work, so commonplace has parental interference in their children’s work become.  Parents desire for kids to learn is being trumped by their desire for kids to do well. That the latter often undermines the former seems to be lost on many parents.

When young people independently complete tasks, they learn to trust and appreciate their own skills and capabilities.  They develop an understanding of their own strengths and weaknesses and learn how to operate accordingly.

Parents who step in and solve their children’s problems, complete their work, or clear the obstacles in their path, may achieve short term success or preventing short term failure, but they set their kids up for long term disappointment and struggles.

Teenagers who grow up not exposed to personal failure commonly associate their worth as a person with their capacity to succeed. When failure does occur they are suddenly exposed to a disproportionate bout of self -doubt and worthlessness. This is usually compounded by poorly developed personal coping mechanisms that were never required because failure was never an option.

This may seem a little counter intuitive to put in a list of parenting practices to avoid with teenagers. I am sure many who read this would love to have the problem of being in constant agreement with their teenager.

But to those people I say be careful what you wish for.

Desiring a house where peace and harmony reign is perfectly understandable. Who doesn’t want domestic tranquility?  But homes without conflict or disagreement produce young people who are compliant and struggle to maintain meaningful relationships.

Environments where there is little difference of opinion and no tolerance for arguments, produce teenagers who are more susceptible to negative peer pressure and the associated destructive behaviours. Teens who have not learnt to stand up for themselves and express their own opinions are more inclined to simply say “yes” to whatever suggestion is made.  Teens who learn it doesn’t pay to disagree will naturally conform to whatever they perceive to be the dominant opinion.

Having healthy disagreements is important for teenagers developing into adults who are capable of managing their personal relationships. Relationships are tested the most during disagreements.  People who are able to listen, negotiate, and put forward their point of view in a calm and rational manner are much more likely to be resilient and successfully navigate through relational rough water.

You may have heard the term, maybe even used it yourself, “mum’s taxi service.”  Used by parents who feel they spend a large proportion of their week in the car ferrying their kids from one activity to another, it is become an everyday phrase.  There are even bumper stickers labeling the family cars throughout greater suburbia as “Mum’s Taxi”.

Music lessons, sports training, dance classes, tutoring, before school classes, youth group, the list goes on and on.  Increasing numbers of teenagers are fitting more and more into their weekly schedule.  Most of the things they do are good and helpful. Learning new skills, expanding social networks, keeping fit and improving academic capacities are all genuine benefits gained by such pastimes, but are today’s teenagers in danger of having too much of a good thing?

Lets not forget on top of the myriad of extra curricula appointments there is still school and homework to be squeezed in, and of course teens are known to want a social life as well.

Teenagers need time to chill out and relax.  The ability to reflect on what is happening in life is an aspect of resilience often over looked.  Teenagers need regular times just to slow down, look around and take stock of life.  There is a lot going on during adolescence, teens need time to process all the new changes and challenges life throws up.

But it is not only teenagers who are busy in modern families. Grown ups are also trying to fit more into their daily routine around increasingly demanding work commitments.  With a finite number of hours in a day something has to give. Too often the bit that gives way is time spent with our kids.

Families where everyone is constantly busy risk not spending enough time just being together.  The single biggest contributor to developing resilience in teenagers is secure stable relationships with parents.  Regular family time that involves just being together will do more to lay a solid foundation for your teenager’s future than any number of tutoring or training sessions will.

How busy is your family?

If you want to learn more about how you can improve your teenager’s resilience Raising Resilient Teenagers provides step-by-step outline especially for parents of teenagers. 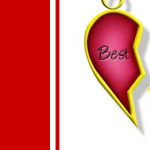 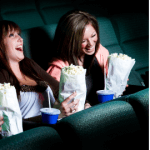