What Most Concerns Teenagers

Besides the important issues of Facebook updates, applying Proactive solution, and not running out of mobile phone credit, what is it that really concerns teenagers these days? What would you say concerns the teens in your life? Would you guess  global warming,  getting a job, cyber-bullying? What about poverty or  terrorism?

This week Mission Australia released the report from its eighth annual National Survey of Young Australians, which asked young people aged 11 to 24 years about what they value, their concerns, where they go for advice and support and who they admire.

The new report sheds light on what the 48,000 young Australians surveyed are most concerned about.

The Main Concerns Of Australian Teenagers

The report itself provides some analysis and details along with numbers, and it makes for some interesting reading. Here is a snapshot of the main concerns: I have included below a summary of some of the more significant findings.

Drugs was the top concern for respondents, and was a major issue for a much higher proportion of the youngest age group (those aged 11 to 14 years), than it was for those aged 15 to 24 years. whilst young adolescents are concerned and aware about the issue of drugs, many in this group do not feel equipped with the skills to deal with this issue should it arise in their lives.

Alcohol was a major concern for nearly a quarter (23.0%) of respondents nationally. As in previous years, males (27.6%) were more likely than females (19.0%) to indicate it was a significant concern.

The survey confirms the importance of family in a young person’s life, with a large majority (75.6%) of respondents identifying family relationships as highly valued and a similar proportion (73.4%) indicating parents are an important source of advice and support.

At least one in five young people across all three age groups who responded to the survey indicated that suicide was a major concern, and that rose to one in four for those aged 11 to 19 years.

More than one in five respondents identified physical/sexual abuse as a major issue, with females (27.5%) more likely than males (17.0%) to indicate it was a concern.

The survey is available on a state by state basis with a breakdown of results across age groups.  If you have the time it is well worth a look.

I will be returning to certain findings from the survey in more detail in future posts.

This website uses cookies to improve your experience while you navigate through the website. Out of these cookies, the cookies that are categorized as necessary are stored on your browser as they are essential for the working of basic functionalities of the website. We also use third-party cookies that help us analyze and understand how you use this website. These cookies will be stored in your browser only with your consent. You also have the option to opt-out of these cookies. But opting out of some of these cookies may have an effect on your browsing experience.
Necessary Always Enabled
Necessary cookies are absolutely essential for the website to function properly. This category only includes cookies that ensures basic functionalities and security features of the website. These cookies do not store any personal information.
Non-necessary
Any cookies that may not be particularly necessary for the website to function and is used specifically to collect user personal data via analytics, ads, other embedded contents are termed as non-necessary cookies. It is mandatory to procure user consent prior to running these cookies on your website.
SAVE & ACCEPT
How Branding Is Shaping Teenagersgenerations, Teenage Health, Trends 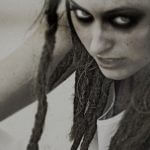