The Best Reason For Teens To Have a Mobile Phone?

The first question is one that clearly a majority of parents have answered in the affirmative – as a majority of teenagers now own and use mobile phones (75% of US teens own a mobile).

The second question tends to cause more debate. However a recent survey has found that a majority of parents would buy a mobile phone for their teen if they were to use them at school. If as Anne Collier suggests, the tide of embracing mobile technology in the classroom is changing, I thought it would be worth exploring the issue a little further.

Why Mobile Phones Should Not Be Allowed at School

There are some established arguments as to why students should not be allowed to have mobile phones at school. Some of the more common include:

Cheating – this is the most obvious and problematic. Surveys have found more than one third of teenagers have used cell phones to cheat in exams

Distraction – It can be hard enough to stop distractions in class without the added distraction of friends and family outside of class messaging or posting on social networking sites.

Instigating Trouble – Cell phones are a great way of organising on the run, even when what is being organised is trouble or mischief.

School Safety – Bullying and harassment can be aided and abetted with the use of mobile phones, text messages and cameras.

Inequity – Obviously one of the main problems faced at present is the digital divide between those students who do have access to mobile phones and those that don’t.

Why Mobile Phones Should Be Allowed at School

I’ll be up front about this, I think mobile technology is fast becoming an entrenched part of everyday life and therefore should be used in education. I acknowledge it poses problems, but I am sure our educators are creative enough and smart enough to come up with suitable solutions.

With teachers constantly searching for points of interest and mediums that engage students, it seems ironic that we would ban tools teenagers already love and can’t wait to use.

I have written in a previous post on reasons for mobile phones to be utilised in the classroom.

This generation of teenagers have grown up engaging, creating, and producing content with digital technology. As traditional computer technology converges with mobile devices, evidenced in the increasing uptake of smart-phones, exploring new learning paradigms and methodologies that incorporate mobile computing is becoming more an imperative than an option.

When I read through that list it seems like an environment that today’s generation of digital natives and social networking aficionados would thrive in.  What better way to support and encourage such a culture than by utilising mobile technology.

That brings me back to my earlier questions. When do you think your teen should be allowed to have a mobile phone? Is your answer in anyway affected by the potential use of a mobile phone as a learning tool? Maybe you think the obstacles still outweigh the positives?

Please let me know your thoughts by leaving your insights in the comments below.

This website uses cookies to improve your experience while you navigate through the website. Out of these cookies, the cookies that are categorized as necessary are stored on your browser as they are essential for the working of basic functionalities of the website. We also use third-party cookies that help us analyze and understand how you use this website. These cookies will be stored in your browser only with your consent. You also have the option to opt-out of these cookies. But opting out of some of these cookies may have an effect on your browsing experience.
Necessary Always Enabled
Necessary cookies are absolutely essential for the website to function properly. This category only includes cookies that ensures basic functionalities and security features of the website. These cookies do not store any personal information.
Non-necessary
Any cookies that may not be particularly necessary for the website to function and is used specifically to collect user personal data via analytics, ads, other embedded contents are termed as non-necessary cookies. It is mandatory to procure user consent prior to running these cookies on your website.
SAVE & ACCEPT
5 Ways to Connect With Your TeensFeatured, Guest, Parenting, Pop Culture 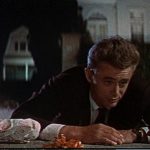