Males in their late teens and early 20’s have been found to be most at risk of abusing alcohol.

The National Drug and Alcohol Research Centre (NDARC) recently released a report containing some stark numbers about level’s of alcohol dependence in Australia.

Amongst the headline findings of the report was the revelation that alcohol abuse was most extreme among people in their late teens or early 20s, who were about four times as likely as older adults to abuse alcohol.

The report found men were three times as likely as women to have drinking problems. Young men were two and a half times as likely to have current alcohol use problems as the rest of the population – with more than 11 per cent of  men aged 16 to 24 reporting symptoms consistent with an alcohol use disorder over the  previous 12 months.

Excessive Alcohol Use Amongst Teens

These results come as no surprise to those familiar with Australian teenage culture.

The 4th National Survey of Australian Secondary Students and Sexual Health in 2008 which was conducted amongst nearly 3000 year 10 and year 12 students in various Australian High Schools found:

Aside from the obvious short term risks associated with teenage drinking such as alcohol poisoning, falls, assaults, car accidents, and unplanned/unwanted sexual encounters, there are also significant long term effects involved with teenage alcohol use.

Research suggests that introducing children to alcohol at an early age, even in a family context, could lead to future binge drinking. It is clear from various studies that due to the effect of alcohol on the developing brain, teenagers under 15 years of age should avoid alcohol.

The most significant influence adults have in terms of reducing the risks of alcohol abuse amongst teenagers is by how they approach parenting teens.

It has been demonstrated that parents can reduce the risk of teens abusing alcohol if they;

Another important assistance adults can provide for teens is to help them consider how they will deal with the  peer pressure that occurs in regards to alcohol.  Peer pressure is a very real issue for teenagers. There is a strong link between peer influence and the drinking habits of teens.

Adults can help teenagers think through how they will respond to such pressure.

Give teenagers ideas about how to politely refuse by saying things like:

Also give teens clear options about what they can do to avoid alcohol:

Most importantly is teens need to know they can ring a trusted adult to come and get them if they find themselves in situations they are worried about without fear of punishment. 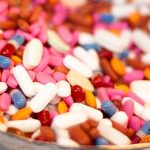