Even though teenage sibling bickering and arguing is inevitable, it doesn’t mean parents are powerless to do anything to reduce it.  Parents exert a significant influence on the relationship between two youths and the amount of fighting between them.

This is good news for those of you who want more peace,  less arguments and generally happier times.

What Causes Conflict Between Teenage Siblings

Teenage siblings will fight about anything, especially if they are all in a bad mood at the same time. However, there are some issues that rate significantly higher on the list of causes of an inter sibling squabbles list.

Research has shown that the most common cause of fighting between teenage siblings is due to issues of personal space and privacy. Arguments are commonly about borrowing without permission, not respecting physical privacy, listening in or reading private communication, copying what the other does, and being followed around by another.

The other most common reason teens will fight with their brothers and sisters is over issues of fairness, or more specifically issues of inequality. Fights frequently erupt over who determines what television shows to watch, time spent in the bathroom, doing a fair share of household chores, being granted small privileges more often than others, and not waiting or taking turns in general.

If teenagers feel that one sibling receives more attention from parents, they might act up in order to get noticed. Competing with each other for parental attention can lead to all types of arguments.

Another common source of sibling rivalry is jealousy. When one grows to resent or envy another sibling’s talents, possessions, friends, or even perceived status with parents they are inclined to lash out in angry or spiteful bursts.

Just spending too much time in the same place with nothing constructive to do will often produce some sort of spontaneous spat. The temptation to stir or provoke a sibling can be hard for some teens to resist at the best of times, it is virtually impossible when they are bored. And I don’t know anyone who doesn’t get edgy after sitting next to someone in close quarters for long periods.

What Parents Should Not Do

Don’t intervene unless you really have to!

If parents always intervene, not only do teens miss out on developing their relationship skills, they also learn that fighting is a way of getting attention.

There are times when you will need to intervene such as if things look like becoming physically or emotionally violent, or things are escalating beyond the point of no return. In most instances, it is better to limit the intervention to separating the warring parties for a set period and let them resume the “discussion” later – if still required.

Ask “Who Started It?”

Nothing good can come from asking this question. Has any child or teenager responded to that question with “It was me, I started it”?

If by some chance a sibling does own up, where does that leave the parent who asked? Conflicts can be caused by perfectly innocent acts or they can arise from planned acts of aggression; instigation doesn’t equal guilt.

The only thing achieved by asking, “Who started it?” is a chorus of accusation and counter accusation.

It is important that parents stay neutral in inter sibling arguments. Even if you agree with one party more than you agree with the other, try to remain unbiased in how you deal with each sibling. If you are perceived to be favouring one over another, you risk further escalation of the conflict.

Making comments comparing one sibling to another will only increase levels on animosity and jealousy. Many parents do it with out meaning to; “Why can’t you be more like your brother?” or “Your sister never does that” can easily slip out.

Make every effort to treat each sibling as an individual and accept his or her differences.

What Parents Can Do About Fighting Siblings

Each house should have clear rules about what is never okay during an argument. How you phrase it is up to you, but the minimum rules should be along the lines of:

When you do need to intervene and talk to your teenagers, do so with each of them individually in private. Give each of them the opportunity to speak to you without interruption from others.

When you talk to each of your teens don’t try to solve their differences for them, focus instead on encouraging them to sort out their own differences. For younger teens this might mean giving very specific suggestions about what they could say or do.

Try to have places in the home that each teen can consider their own space.  Ideally this is their own bedroom, but if that is not possible even allowing them to have a part of the house for a period free from interruption or distraction. Just keeping them out of each others hair will go a long way to keeping the peace.

Practice What You Preach

Teenagers will learn a great deal about how to negotiate and resolve conflict from the model set by their parents.

Spend Time Together With All Your Kids

Research has found that when parents spend time with their teenage kids together the relationship between siblings has less conflict.  Teens benefit from having time with each other in the company of their parents.

This is not an immediate solution to a current conflict, but it works towards a more harmonious  climate within the family. Giving  each of your teens equal amounts of attention and affection will reduce rivalry and the need to seek your attention.

If you have some interesting or effective ways of keeping the fights to minimum please share with the rest of us in the comments section below. 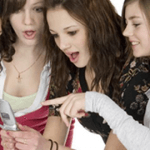 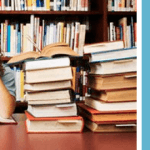