Mean Girls: Why Teenage Girls Can Be So Cruel

Jo is a fifteen-year-old girl. She is average at her high school work and she is involved in school tennis in summer and netball in winter. In the past, she was well accepted, having a close group of friends and getting along well with most of her peers. After a day off with illness, she returns to school to find that things have changed. She walks over to her usual group but when she tries to talk to any of them, their responses are abrupt and unfriendly. She tries to catch the eye of her friend, Brooke, but Brooke avoids her gaze. In first lesson, she sits in her usual seat only to find that Brooke is sitting with someone else. At recess time, she joins the group late but just in time to overhear one of the girls bitching about her… (from ‘You just look at them and give them daggers’: Adolescent girls use of nonverbal aggression. International Journal of Adolescence, 10, 353-372. As cited at Scientific American)

If you have ever worked or lived with teenage girls the above story will sound familiar. The movie Mean Girls drew attention, in a slightly overstated way, to a reality that appears to be played out in school yards every where.

Is it true? Are girls really mean to each other?

The research tends to suggest that yes they are. Social or relational aggression as it is known is definitely more common amongst adolescent girls than boys.  Behaviour such as social exclusion, spreading rumours or lies, dirty looks, or critical words are much more likely, though not exclusively, to occur within girl-to-girl relationships, than amongst relationships between or with guys.

The research has also found that this type of indirect bullying gets less attention from teachers and adults tend to have less sympathy for victims of this type of treatment. Guys can be mean too, but their agression is often more overt and observable.

So why are girls like this? (Let me say upfront I realise not all girls are like this, but it does happen.)

A rather obvious question, which ironically would take a long time to answer properly. Suffice to say that when considering the differences between male and female we are taking into account two different sets of factors, internal factors and external factors.

By internal factors I mean our biology.  There is an obvious genetic difference between males and females that are there from birth.  Hence our bodies look different and we have different bits.  It is our biology that determines our sex, makes us male or female.

Besides having different bits, and girls being generally prettier and boys generally taller, the other significant difference between the sexes is the brain.  While there is still much we don’t know about the brain, we are learning somethings about how male and female brain differ.

Research has shown that different regions of the brain develop in a different sequence in girls compared with boys.  Some research suggests Girls are hardwired to care about one-on-one relationships with their best friends while the brains of boys are more attuned to group dynamics and competition with other boys.

However the difference between males and females is also the consequence of external factors.  Our gender, as opposed to our sex, is determined by how we are treated by the society we grow up in and the way we conform to the cultural expectations of being a “man” or a “woman”.  This process is referred to as socialization. It is a learning process that begins from the moment we are born. Much of what we learn we are not conscious of, nor are those teaching us aware they are teaching.  It involves acquiring the thousands of subtle, and not so subtle, cues and clues about how society expects us to conform to the gender specific behaviour.

Working out which behaviours are biological or sociological is a task far too big to cover on this humble blog.  The point is that boys and girls are different for a variety of reasons, both biological and social.

These differences are notable in the way girls and boys form and behave in friendships.

From the early age of 4 boys and girls will start gravitating to single sex friendship groups.  They will maintain this gender separation until well into middle or late adolescence.

Girls and Their Friends

Understanding the unique nature of female friendship groups goes a long way to explaining why girls can be so socially mean. Fitting in with peers is a basic need of all adolescents, male or female. How girls mange their need to fit in is the key to explaining their social aggression.

The chief commodity in the girls’ community is intimacy. Girls monitor their friendships for subtle changes in alliances amongst the group. For this reason they need to constantly be checking that they are okay and acceptable. Hence girls will gossip as it is a way of reinforcing what is acceptable or normal. This explains why relational aggression – they are protecting their place in the group and confirming that they are okay, that they are normal.

Author Nicole Landry in her book about relational aggression amongst girls the Mean Girl Motive interviewed numerous teenage girls to explore the nature of social aggression.

Some of her conclusions are:

Rather than teenage girls being inherently mean Landry helpfully defines social aggression as one of the few tools available to girls to help them navigate their social world.

Being a teenage girl obviously isn’t easy, but it helps if adults have an understanding of what is going on. Of particular importance is adults recognising that the behviour happens and it can do real harm to young girls. 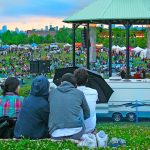 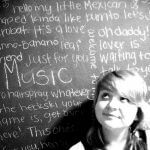