It’s a scenario played out in countless households every morning.  In fact it happens so often it is a cliché of adolescence.

A parent rattling off an endless list of reminders, threats, and pleas, at increasingly rapid intervals, in a desperate attempt to get their teenage child out of bed in time for school.  When the teenager emerges they look like the walking dead and respond to those around them with the personality of a zombie.

Of course the flip side of this scenario is experienced on weekends when the teenager emerges from their slumber just as the rest of the family is finishing lunch.

Teenagers are renown for their desire to embrace the nocturnal life style. While their desire to be creatures of the night frustrates many adults, there is a growing body of research that suggests teenage sleep patterns should be accommodated more and resisted less.

One way of allowing these sleep patterns is to get high schools to start later in the day.

A study published in July’s Archives of Pediatrics & Adolescent Medicine has added further evidence to the growing consensus amongst many that delaying school starting times will improve the health and performance of teenagers. The results of this study mirror those at a few schools that have delayed starting times more than half an hour.

Researchers say there’s a reason why even 30 minutes can make a big difference. Teens tend to be in their deepest sleep around dawn — when they typically need to arise for school. Interrupting that sleep can leave them groggy, especially since they also tend to have trouble falling asleep before 11 pm.

In the study starting times were shifted from 8 to 8:30. All class times were shortened by 5 to 10 minutes to avoid a longer school day that would interfere with after-school activities.

Over 200 high school students completed sleep habit surveys before and after the nine-week experiment. The results were so impressive that the school made the change in starting times permanent.

Academic Dean of the School, Patricia Moss, said improvements in student alertness made up for that lost instruction time. “The results were stunning. There’s no other word to use.”

Benefits of the half hour change included:

The National Sleep Foundation suggests teenagers require 9.25 hours of sleep per night. However due to the change in the adolescent body clock, many teens find it increasingly difficult to get to sleep before 11pm.  This means for teenagers whose alarms sound at 7am on school days they are at least an hour short of the sleep they need.

While there are obvious side effects to a sleep deprived teenager, such as chronic grumpiness and an unbearable attitude there are also serious health concerns.

Inadequate sleep in teens has been linked to:

I have written elsewhere on this blog about the why sleep patterns change during adolescence and how adults can contribute to helping teens get enough sleep.  I encourage you to read the full post as it has numerous links to helpful information, however I will include here a brief list of how to help your teen get decent sleep:

Are there ways that you have found to assist in teens getting enough sleep? Do you have an opinion about changing school starting times? Please let us know in the comments section below. 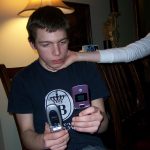 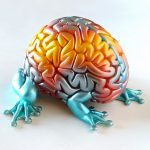